Pennsylvania’s Response to the 2020 Census 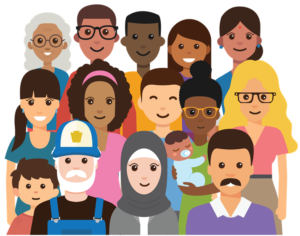 Nationally there are estimated to be 88,800,000 households.  More than 48% of the responses nationally so far have been recorded on the internet.

Census results shape the future of communities, as census data informs how billions of dollars in federal funds are distributed for health clinics, school lunch programs, disaster recovery initiatives, and other critical programs and services for the next 10 years.

This map reviews response rates from 2010 and 2020 in your state, city, town, or neighborhood. You can even challenge others in your community to participate! Get started with the 2020 Census Response Rate Challenge Toolkit.

The U.S. Census Bureau, in coordination with federal, state and local health officials, began a phased restart of some 2020 Census field operations in select geographic areas. Pennsylvania began to reopen census operations May 11, 2020. Updates on the operations resuming by location are available at 2020census.gov.

The health and safety of Census Bureau staff and the public is of the utmost importance. All returning staff will receive safety training to observe social distancing protocols in the COVID-19 environment. For their safety and the safety of the public, the Census Bureau has ordered Personal Protective Equipment (PPE) for all field staff, including those that work in a field office. These materials will be secured and provided to staff prior to restarting operations.

As part of the phased restart of operations, the Census Bureau will resume dropping off 2020 Census invitation packets at front doors of households in areas where the majority of households do not receive mail at their home. This operation is also known as Update Leave. About 5% of households are counted in the Update Leave operation, where census workers will confirm or update a household’s physical location address and then leave a census questionnaire packet.

Here is the updated schedule for the 2020 Census:

May 27 – August 14: Census takers will interview homes that haven’t responded to the 2020 Census to help make sure everyone is counted.

December: The Census Bureau will deliver apportionment counts to the President and Congress as required by law.

2021 – March 31: By this date, the Census Bureau will send redistricting counts to the states. This information is used to redraw legislative districts based on population changes.