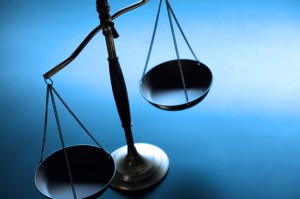 The Supreme Court of Pennsylvania has taken an important step to protect Pennsylvanians living in deep poverty because of serious disability, domestic violence, or other factors that prevent them from working.

By a decision of 7 to 0, the Supreme Court of Pennsylvania on July 18 found that Act 80 of 2012 was enacted in a manner that violated the Pennsylvania Constitution.  That law eliminated the General Assistance (GA) cash assistance program, which provided a minimal income support for individuals with serious disabilities, people fleeing domestic violence, and individuals in active drug treatment for limited periods of time. It also made it much more difficult for very poor families with young children to qualify for aid.

In 2012, the PA General Assembly and Gov. Tom Corbett enacted Act 80 which, among other things, eliminated the General Assistance(GA) program. GA provided a small amount of money—$205 per month—to the most vulnerable individuals in Pennsylvania who were not eligible for any other programs: disabled or sick adults without children, domestic violence survivors, adults caring for someone who was sick or disabled, adults participating in alcohol and other drug treatment programs, and children living with an unrelated adult.

Advocates, including LAMPa, opposed the measure, and Community Legal Services challenged the constitutionality of  Act 80 with a lawsuit.  The state will have to restore the General Assistance program, although it is unclear how long it will take to do so.

LAMPa is joining other organizations in celebrating this Supreme Court decision and affirming support for the General Assistance program.  We encourage your ministries that serve those in need to sign on to this letter as well. Read the text of the letter here.  Sign on here.  There is concern that some legislators will move in September to repeal it again. That’s why it’s important to voice your ministry’s support for the program.

General Assistance should never have been eliminated.  Ending the program caused widespread anguish and increased homelessness, as 68,000 Pennsylvanians immediately lost benefits and others no longer had a chance to receive them. While $200 a month may not seem like much, it made a huge difference to many people. It made it possible for some people to have a roof over their head instead of living in the streets.

Read coverage of the decision in PennLive,  The Philadelphia Inquirer or The Pittsburgh Post-Gazette.