Rally in Capitol March 9 for Stewardship of Creation 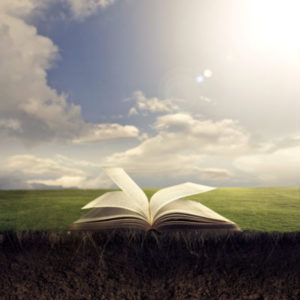 “The earth is the Lord’s and all that is in it,
the world, and those who live in it,

On March 9, join LAMPa and creation care advocates from around the state for a press conference and rally to urge Governor Wolf to veto House Bill 1100, a bill that provides potential billions of dollars in taxpayer subsidies to entice more petrochemical plants and gas infrastructure to Pennsylvania for the next 30 years – a time when we need to be dramatically reducing greenhouse gas emissions for the sake of our common home.

Buses are available to encourage people to share the ride from Philadelphia and Pittsburgh. (See information below.)

Stand with us on Monday at 10 a.m. in the State Capitol Main Rotunda and look for upcoming action alerts to send a message to your lawmakers. Let us know if you can join us so that we can look for you!

“We need to support sustainable economic development that builds the future we want for our children and grandchildren,” said LAMPa director Tracey DePasquale. Pennsylvania is already the nation’s fourth-largest emitter of greenhouse gases. Subsidies to build these industries would anchor us more firmly to fossil fuels.

“As Christians, we believe we are called to be stewards of all of God’s beloved creation. We, as Pennsylvanians, have an important and powerful role to play in stopping the pollution of the air, land and water. Already, the harm from our choices is falling heaviest on the most vulnerable of our siblings in our state and around the world. From drought and famine to flood and fire, our congregrations through Lutheran Disaster Response show up to heal and repair. We are called and empowered to move beyond these important acts of charity and accompaniment to stop making choices that contribute to humanmade disasters.

“Taking away choices of taxpayers for decades to come to invest this money in healthier tomorrows does not match our vision of a just world. Pennsylvania should be transitioning away from fossil fuels, not funding their expansion.”

HB 1100 provides a subsidy for petrochemical-related projects in Pennsylvania that is expected to average $22 million per facility per year through 2050. The tax credit applies to manufacturers that do the following:

Increased petrochemical development will lead to negative environmental, public health, and budgetary consequences. They include:

HB1100 establishes the same tax credit provided to Royal Dutch Shell, which is building a massive ethane-to-plastics cracker facility in Beaver County. Despite the fact that he company is one of the largest and wealthiest corporations on the planet, Pennsylvania lawmakers in 2012 gave the company a tax break equivalent to $1.6 billion over 25 years.

Shell has anticipated that 600 full-time jobs will be created when the plant becomes operational, which means each job at the facility along the Ohio River carries with it a subsidy price tag of about $2.7 million. Learn more about the impact of that plant.

Surrounding states are investing in renewable energy and green jobs. New York state is making more than $5 billion in clean energy investments – now responsible for 146,000 clean energy jobs. New York’s economy is thriving without relying on the petrochemical industry. States that do so will reap the benefits of a new economy while Pennsylvania taxpayers are being asked to subsidize an industry whose legacy is emerging around toxic water, polluted air, low birth weights and increasing frequency of manmade “natural” disasters.

Since 2014, Pennsylvania has increased its workforce in clean technologies like renewables, energy efficiency, clean vehicles, storage, and grid modernization by nearly 60 percent – employing now twice as many workers as the state’s entire fossil fuel industry.

There are 90,772 clean energy jobs across Pennsylvania. One in three jobs in the state’s energy sector are in clean energy.

The list of speakers for the rally is subject to change. Current confirmed speakers include:

Bus from Pittsburgh to Harrisburg:

Please sign up for the bus by filling out this Google Form. Please contact PennFuture Western Pennsylvania Outreach Coordinator, Kelsey Krepps, at krepps@pennfuture.org or (412) 224 – 4477 with any questions or concerns.

Please sign up for the bus by filling out this Google Form.  Please contact PennFuture Clean Water Advocacy Campaign Manager, Lena Smith, at smith@pennfuture.org or (267) 838- 9154 with any questions or concerns.

The plant, which received a $1.65 billion tax credit from Pennsylvania, is under construction, employing around 6,000 people. When it’s built in the next few years, it’s expected to employ 600.