Pennsylvania One of 10 States in the U.S. With Increased Number of Children Living in Concentrated Poverty 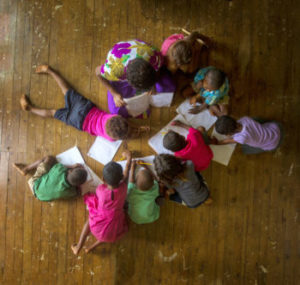 Twelve percent of children in Pennsylvania live in concentrated poverty according to “Children Living in High Poverty, Low-Opportunity Neighborhoods,” a new KIDS COUNT® data snapshot released by the Annie E. Casey Foundation. Using the latest data available from the U.S. Census Bureau, the snapshot examines where concentrated poverty has worsened across the country despite a long period of national economic expansion.

“Children whose neighborhoods have quality schools, abundant job opportunities, reliable transportation and safe places for recreation are better positioned for success in adulthood,” said Kari King, president and CEO of Pennsylvania Partnerships for Children. “However, one in eight Pennsylvania children live in high-poverty neighborhoods that lack these assets.”

Growing up in a community of concentrated poverty — that is, a neighborhood where 30 percent or more of the population is living in poverty — is one of the greatest risks to child development. Alarmingly, more than 8.5 million children live in these settings. That’s nearly 12 percent of all children in the United States. Children in high-poverty neighborhoods tend to lack access to healthy food and quality medical care, and they often face greater exposure to environmental hazards, such as poor air quality and toxins such as lead. Financial hardships and fear of violence can cause chronic stress linked to diabetes, heart disease and stroke. And when these children grow up, they are more likely to have lower incomes than children who have relocated away from communities of concentrated poverty.

King said one of the most important factors influencing the future success of any child is the quality of his or her education, but Pennsylvania continues to have the widest funding gap between wealthy and poor school districts of any state in the country. The “Children Living in Concentrated Poverty, Low-Opportunity Neighborhoods” snapshot shows that state policymakers need to ensure all children receive a high-quality public education, supported by a rational school funding system with sustained multi-year commitments to provide schools with the resources needed to maximize student achievement. She also said that every child needs to be counted in the 2020 Census, so that communities can draw down the appropriate amount of federal dollars to support children.

Other findings from the snapshot show that:

Overall, urban areas have both the largest number and the largest share of children living in concentrated poverty: 5.4 million, or 23 percent of all kids in cities. About 11 percent of kids (1.2 million) in rural areas live in poor communities, while 5 percent of suburban kids (2 million) do.

African American and American Indian children are seven times more likely to live in poor neighborhoods than white children, and Latino children are nearly five times more likely, largely as a result of legacies of racial and ethnic oppression as well as present-day laws, practices and stereotypes that disproportionately affect people of color.

“Federal, state and local governments must act to revitalize impoverished communities and transform them into areas of opportunity,” King said. “In addition, voluntary, evidence-based home visiting programs help strengthen communities by giving children and their families the tools they need to be successful. At least one evidence-based home visiting model operates in each of the Commonwealth’s 67 counties.”

The Annie E. Casey Foundation creates a brighter future for the nation’s children by developing solutions to strengthen families, build paths to economic opportunity and transform struggling communities into safer and healthier places to live, work and grow. For more information, visit www.aecf.org. KIDS COUNT® is a registered trademark of the Annie E. Casey Foundation.