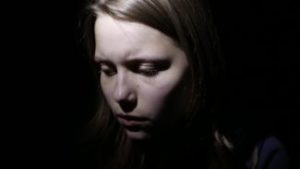 By a 43-5 bipartisan vote, the Pennsylvania Senate approved HB 2060, which mandates convicted domestic abusers give up their guns within 24 hours of a final protection from abuse order and limits who can hold onto them for safe keeping. LAMPa, along with other interfaith partners have supported this bill. The bill awaits the governor’s signature.

This bill addresses one of this year’s LAMPa Policy Council Agenda priorities of increasing protections for those threatened by domestic violence. Convicted abusers will be required to surrender arms within 24 hours of a final protection from abuse order. It is anticipated this will enhance the safety of everyone involved during these difficult times and help not only these families, but also law enforcement charged with overall public safety.

House Bill 2060 accomplishes a goal domestic violence advocates have been pursuing for more than a decade. Supporters cite it as significant because, for the first time in Pennsylvania people convicted of misdemeanor crimes of domestic violence or subject to final restraining orders must surrender their guns within 24 hours. The court can do so in other cases if it finds it warranted.

The bill also eliminates the ability of that abuser to turn their guns over to family or friends. Any such safekeeping under the new bill would have to be either with local law enforcement, licensed gun dealers or commercial armories, or the defendant’s attorney.

The state House passed the bill last week. Click here if you would like to see how your lawmaker voted.