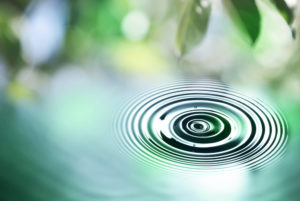 Plastic pollution is everywhere. A report released today by PennEnvironment Research and Policy Center found that in the 53 Pennsylvania waterways tested, covering the entirety of the commonwealth, all of them returned evidence of microplastic pollution. These findings underscore the severity of the plastic crisis in our communities and ecosystems.

The sampling of Pennsylvania’s waterways was broad in scope, testing for four types of microplastic pollution: fibers, fragments, films, and beads. Microplastics are usually no more than 5mm in size, comparable to a grain of rice. The results show that 100% of sites had microfibers, 87% had microfragments, 94% had microfilms, and 2% had microbeads. It is noted that many of the waterways sampled had little obvert plastic pollution. Many of these bodies of water have teams of volunteers who clean up litter and work to maintain their overall health.

The research shows, however, that Pennsylvania suffers from large levels of microplastic pollution. The report credits numerous causes for the abundance of synthetic materials in our ecosystems. Roadside litter that washes into streams or the ocean can release tons of microplastics, but plastic waste disposed of in landfills can also release microplastics through wind, rain, and “landfill leachate.” Burning plastics also has detrimental effects by releasing microplastics into the air and water. Microbeads from cosmetics and personal care products enter the environment during production or when being washed away. Car tires release microplastics as they wear down onto roads and are subsequently swept into stormwater infrastructure.

Fibers derived from clothing and other textiles are one of the most found types of microplastic and they’re sourced from synthetic and hybrid materials such as fleece. Wear and tear will release microplastics into the air and cleaning these textiles in a washing machine releases millions of microfibers into wastewater infrastructure that cannot remove them.

Combatting plastic pollution is expensive, too. The Philadelphia Water Department removes 44 tons of trash from a 32 mile stretch of the Schuylkill and Delaware rivers, 56% being plastic. Plastic is the most common form of visible litter in the commonwealth. The Department of Transportation spends over $13 million annually to clean up roadside litter. The problem is so widespread that nine of our largest cities spend over $68.5 million every year on litter and illegal dumping, with $46.7 million of that going toward “litter abatement.” 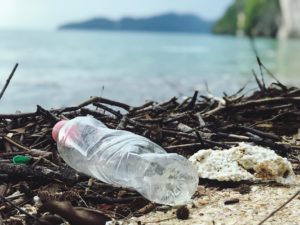 Plastic pollution is a global problem, and the actions individuals, corporations, and governments take have far reaching consequences. Plastics destroy environments and severely injure or kill animals that inadvertently eat them or get suffocated by them. The study even reports that humans on average consume a credit card’s worth of microplastics every week. This is a human health issue as much as it is an environmental one.

For the sake of our neighbors and our planet Lutherans are called to not only support good policies to mitigate environmental degradation, but to also act in our own lives. Our ELCA social statement “Caring for Creation: Vision, Hope, and Justice” calls us to make the necessary changes in our personal lives for the wellbeing of the public. We are also called to support, as a church, sustainable methods of growth and industry through our everyday actions. Everyone has a role to play in being good stewards of God’s creation.  To become more involved in LAMPa’s clean water advocacy, contact us here.

Read news coverage of the implications for the study.

You can read the report in full here.

You can view PennEnvironment’s Zoom presentation on the report, featuring experts and state lawmakers, here.