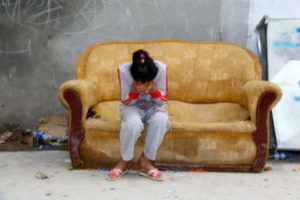 Sen. Stewart Greenleaf, R-Bucks, has re-introduced legislation to divert child victims of sex trafficking away from the criminal justice system and into appropriate human services.  Senate Bill 554 was voted favorably out of the Judiciary Committee, (see the vote) , saw first and second considerations in the Senate and was referred to Senate Appropriations on March 29.

In 2014, the Pennsylvania Legislature enacted Act 105, a comprehensive anti-human trafficking law, but we need to do more to protect child victims of sex trafficking. Currently, girls and boys in our Commonwealth who are sexually exploited by traffickers become re-victimized in the juvenile justice system when they are arrested and prosecuted for prostitution and other “masking crimes” arising directly out of their sexual exploitation, including criminal trespass, disorderly conduct, loitering and prowling at night, obstruction of the highway, providing false identification to law enforcement, and simple possession of a controlled substance. By granting immunity to child trafficking victims for the crime of prostitution and these limited related offenses committed as a direct result of their victimization, SB554 recognizes that there is no such thing as a child prostitute.

In addition to ensuring that we protect, rather than prosecute, the child victims of sex trafficking in our communities, the passage of SB554 will also achieve three related goals. First, it would empower child welfare agencies to develop specialized victim services, such as housing, mental health, and substance dependency treatment. Second, the law would create a platform to provide training to law enforcement to both identify a sexually exploited child, and to coordinate appropriate victim’s services. Lastly, SB554 would establish a fund created through convicted traffickers’ fines to enhance victim services and increase public awareness about human trafficking.

Read about child sex trafficking and safe harbor legislation and plan to attend Lutheran Day to learn more, including how you can make a difference.

Last year, advocates around the state, including chapters of Women of the ELCA, added advocacy to their day of service in September — writing letters to lawmakers in addition to labeling bars of hotel soap to with the Human Trafficking hotline number. (Read more.) The bill passed out of committee shortly thereafter, but fell short of time with the end of the two-year legislative session in the fall.   Consider making this part of your congregation’s plans for September 10 this year.  Contact LAMPa for assistance.

Read the Lower Susquehanna Women’s Organization 2016 Resolution in Support of Safe Harbor and consider passing one in your congregation or organization.