More than 200,000 PA Residents Affected by Limits Proposed to SNAP 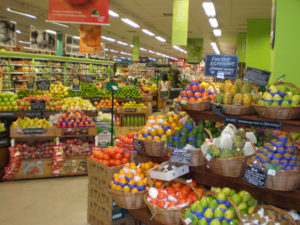 The U.S. Department of Agriculture announced in mid-July plans to narrow food assistance eligibility for low-income families. The drafted rule would tighten Supplemental Nutrition Assistance Program (SNAP) benefit access to people applying through “broad-based categorical eligibility,” a method by which households earning slightly above the poverty line can apply if they have exorbitant costs (such as housing or child care) that place them below the poverty line.

Historically, the policy has had popular bipartisan support since it incentivizes families to seek higher-paying jobs or small income increases without immediately losing federal support. Early estimates gauge that over 3 million low-income seniors, working families and those with disabilities could be affected.

More than 1.7 million people use SNAP in Pennsylvania, according to the governor’s office and the state Department of Human Services.  Based on initial analysis, the administration estimates about 200,000 people in over 120,000 households could potentially lose the benefit.

Pennsylvanians in serious need of healthy, life-sustaining food are qualifying for SNAP by broad based categorical eligibility, yet thousands would be denied access if the proposed rule is adopted. Learn more about Broad Based Categorical Eligibility by county and how many households and residents this rule will affect in Pennsylvania.

Register for a webinar on Sept. 5 from 11 a.m. to noon (EDT), sponsored by Greater Philadelphia Hunger Coalition and Community Legal Services, to walk through the newly-announced Broad Based Categorical Eligibility rule, which would (1) re-impose a cliff effect on working families with incomes slightly higher than the poverty level — making them potentially worse off if they get a raise or more hours of work, and (2) re-impose an asset test that traps poor people in poverty, punishing them for saving for a rainy day.

The rule is open for public comment until Sep. 23. Click here to take action by sharing your comments.