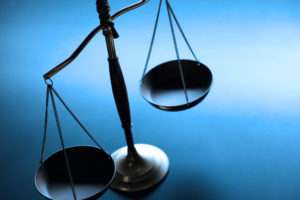 Governor Tom Wolf has announced a moratorium on the use of the death penalty in Pennsylvania.

Lutheran Advocacy Ministry in Pennsylvania welcomes this action. We have long advocated for an end to the death penalty in the Commonwealth as part of ELCA social policy. The ELCA took a position in opposition in the Social Statement on the Death Penalty, adopted in 1991.

Three reasons are offered in support for the ELCA’s position:
1) Citing Scripture, the statement supports the Christian calling to “respond to violent crime in the restorative way taught by Jesus and shown by his actions”(p. 2). Restorative justice involves “addressing the hurt of each person whose life has been touched by violent crime” and “makes the community safer for all”. Non-restorative, excessive focus on the violent offender, coupled with consistent lack of interest in victim well being, characterize executions. Executions also deny the opportunity for offender “conversion and restoration” (p. 3).
2) Executions can reinforce social injustice: Violent crime reminds us that we have failed to ensure justice for all members of society, yet people often respond to violent crime as though it were exclusively the criminal’s individual failure. Capital punishment makes no provable impact on the breeding grounds of violent crime. Instead, executions harm society by mirroring and reinforcing existing injustice. Ultimately, the death penalty distracts us from our work toward a just society.
3) Finally, it is impossible to administer capital punishment justly. “The race of the victim plays a role in who is sentenced to death and who is sentenced to life imprisonment, as do gender, race, mental capacity, age and affluence of the accused” (p. 4). The justice system is not perfect, and yet an execution cannot be undone if a verdict is overturned.

The social statement sums up its opposition: “The practice of the death penalty undermines any possible moral message we might want to ‘send.’ It is not fair and fails to make society better or safer. The message conveyed by an execution, reflected in the attention it receives from the public, is one of brutality and violence” (p. 4).

According to the Governor’s office, the halt will stay in place until Wolf receives and reviews a report being worked on by the Pennsylvania Task Force and Advisory Commission on Capital Punishment.

“Today’s action comes after significant consideration and reflection,” Governor Wolf said. “This moratorium is in no way an expression of sympathy for the guilty on death row, all of whom have been convicted of committing heinous crimes.”

“This decision is based on a flawed system that has been proven to be an endless cycle of court proceedings as well as ineffective, unjust, and expensive,” the Governor continued. “Since the reinstatement of the death penalty, 150 people have been exonerated from death row nationwide, including six men in Pennsylvania. Recognizing the seriousness of these concerns, the Senate established the bipartisan Pennsylvania Task Force and Advisory Commission to conduct a study of the effectiveness of capital punishment in Pennsylvania. Today’s moratorium will remain in effect until this commission has produced its recommendation and all concerns are addressed satisfactorily.”

The state had been scheduled to execute Terrance Williams on March 4th. Starting with Williams, each inmate scheduled for an execution will receive a reprieve (but not a commutation) until the Governor’s review is finished and a definitive decision is made.