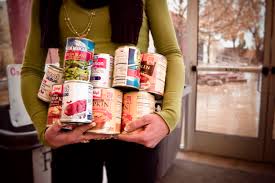 Harrisburg, PA –  The Central Pennsylvania Food Bank announced today that it has stopped the special Hub service hours that it had begun two weeks ago to serve federal workers and contractor employees impacted by the Federal Shutdown. However, the Food Bank’s leadership is concerned that some impacted families may still experience hardship for some days as federal payment processes and timing may vary across federal departments. Accordingly, families in hardship may still reach out to the Food Bank during regular business hours for food assistance.

Joe Arthur, Executive Director of the Food Bank, gave this statement: “We are relieved that the federal shutdown has ended, but we remain deeply concerned that the operative funding resolution will expire on February 15th. We urge the Administration and Congress to prevent any further shutdowns, which harm thousands of Americans, especially those trying to live on low incomes.”

Arthur further noted that questions remain concerning the funding outlook for our nation’s primary anti-hunger programs like the Supplemental Nutrition Assistance Program (SNAP). The Food Bank Team will be monitoring government pronouncements closely but there is already concern that food assistance demand will increase significantly after mid-February due to the early deposit of February SNAP benefits and other government actions taken during the Shutdown.

The Food Bank today returns to normal operating hours which are from 8:00 a.m. to 4:30 p.m., Monday through Friday, at its Harrisburg and Williamsport Hubs, and through its Partner Agency network. The Food Bank also offers a Food Stamps Helpline at 1.877.999.5964.