Adding “Our Voices” to Churchwide Day of Service 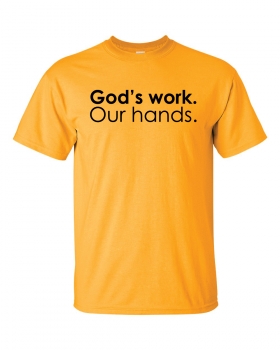 Pennsylvania Lutherans added their voices to “God’s work. Our hands.” Sunday, writing hundreds of letters to both state and federal lawmakers on the churchwide dedicated day of service on Sunday, Sept. 10. Participants spoke up against rollbacks of protections for waterways and on behalf of expanding protections for victims of child sex trafficking in Pennsylvania, among other issues. Federal lawmakers received letters asking them to resist cutbacks to environmental protection and urging them not to eliminate the Differed Action for Childhood Arrivals (DACA) protections for young immigrants.  Advocates also thanked lawmakers whose record included support for our most vulnerable neighbors.

This year, the practice of adding advocacy to service was promoted across the country — yielding more than a thousand letters to Congress alone!

“Some congregations like to tailor their advocacy to the service they have planned for the day, and others choose to focus on one or two issues that have the most urgency in our public debate,” said LAMPa Director Tracey DePasquale.  “I am humbled to hear the stories people tell as they write or sign their letters about how these issues are playing out in their own lives and the lives of their neighbors They are grateful for a way to express themselves to lawmakers in a way that speaks from their faith.”