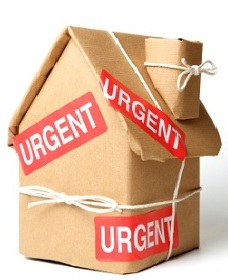 Your advocacy is working and members of the General Assembly are catching on: Investing in the housing market is good for the Commonwealth. It creates jobs and encourages community revitalization and reinvestment, all while helping to end homelessness and expand the availability of homes within reach of low wage workers and people on fixed incomes. The Housing Alliance and a broad coalition of partners are working on two approaches to increase that investment.

Both build on success, the success of the Housing Trust Fund (PHARE) in the shale region and of public-private partnerships utilizing the Neighborhood Assistance Program Tax Credits. Housing Trust Fund/PHARE We have one bill, one co-sponsor memo, and a lot of support!

On June 12, SB 1380 was introduced by Senators Vogel (R-Beaver, Butler, Lawrence) and Kitchen (D-Philadelphia), along with 19 co-sponsors. Six days later it was voted unanimously out of the Senate Urban Affairs & Housing Committee and is now in the Appropriations Committee. In the House, Rep. Killion (R-Chester, Delaware) circulated a co-sponsor memo to introduce a bill identical to SB 1380. 19 representatives have joined Rep. Killion so far. Both bills enjoy bi-partisan support.

Although the legislature is only scheduled to be in session for a month in the fall, we envision moving both bills forward and picking up more support along the way. Read more from the Housing Alliance of PA. The state Senate Housing and Urban Affairs Committee on Wednesday unanimously voted to approve Senate Bill 1380, a measure that would expand the Pennsylvania Housing Affordability and Rehabilitation Enhancement Fund (PHARE) – commonly known as the State Housing Trust Fund – statewide without creating new fees or raising taxes. It now awaits a full Senate vote. A companion bill is being introduced in the House by Rep. Tom Killion. Read here to learn more.