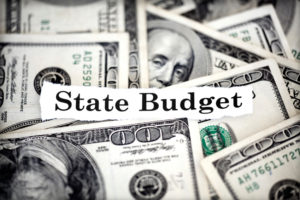 In the waning days of July, with the House already in recess until September, the state Senate passed a revenue package that for the first time includes a severance tax on Marcellus gas drilling, but trades for weakened regulations on the oil and gas industry and companion attacks on Medicaid.

HB 542  will borrow $1.2 billion to fill in a hole left in the 2016-2017 budget.   A severance tax on natural gas drillers would generate about $80 million in new revenue in addition to the current impact fee.  The tax is coupled with looser state permitting and regulatory oversight over the natural gas industry.

LAMPa opposes the environmental protection rollbacks in this budget deal, which effectively strips  the PA Department of Environmental Protection of its ability to regulate the oil and gas industry by requiring it to use third-party contractors to speed up the permitting process and shortened time frames for completing environmental reviews for that permitting.  It also eases regulations for coal-related manganese discharges, which is toxic to humans, within five miles of drinking water supplies. The plan also  allows oil and gas wastewater treatment facilities to operate under expired permits until 2019, putting drinking water sources at risk.

Also, as part of budget negotiations, the Senate passed HB59, with provisions imposing work requirements on Medicaid beneficiaries. The provisions open the door to cuts in “nonessential” benefits, including things such as dental, vision and prescription drugs.

Medicaid is the main funder of behavioral health services, and imposing work requirements will require additional paperwork, expenses, and tracking processes, that will make access to healthcare more difficult for beneficiaries, including those with behavioral conditions. This is bad policy AND bad practice!

Furthermore, recent census data shows that nearly 3 in 4 people covered under the Medicaid Expansion already have at least one full-time worker in their household, and those who are not working report that this is due to a disability, treatment for a physical or behavioral health condition, caring for a sick family member, or because they are in school, looking for a job, or retired.

LAMPa is urging the House to reconsider these proposals, and vote against HB 59.  Click here to learn more and act.

The Senate also found monies to close the budget gap in the House version of the School Code,  HB178, eliminating a proposed $20 million increase in funding for the state’s Educational Improvement Tax Credit program, which is a major source of revenue for private and religious schools.

LAMPa applauds proposed changes to the School Code that prohibit lunch shaming – in which students who cannot afford to pay or whose account balances are low are denied meals or singled out for embarrassment.  This version also delays the implementation of the Keystone Exam graduation requirement until 2019-2020, and requires schools to provide students in grades 6-12 instruction related to the prevention of opioid abuse.