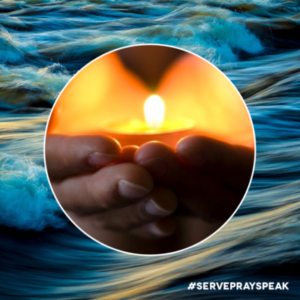 Alleviating hunger, poverty and injustice while addressing their root causes remains central to the work of LAMPa in the year ahead.  On Dec. 7, LAMPa’s Policy Council adopted a broad agenda that encourages disciples to act where they are called, lifting their ministry context, lived experiences, vocations and gifts for public witness.

“The Hebrew and Greek scriptures call God’s people to care for widows, orphans and sojourners,” said LAMPa’s newly elected chair, the Rev. William Snyder. “As we look forward, let us join them in lifting up the song of abundant life for all people.”

LAMPa Policy Council and Bishops gathered in December to pray and worship together before sharing the work of the church and needs of communities across the Commonwealth in order to guide our advocacy in the year ahead.

In addition to informing LAMPa’s work by the sharing of their ministries and communities in every synod, the Policy Council elected new officers and continued to refine a restructuring that reflects a closer relationship with the ELCA Churchwide Organization while seeking to give voice to the work of the church in Pennsylvania.  The deliberation affirmed LAMPa’s mission to advocate for wise and just public policies in Pennsylvania that promote the common good in response to God’s love in Jesus Christ.

In 2018, in partnership with Pennsylvania synods, congregations, social ministry organizations and other Lutheran institutions, as well as ELCA Advocacy and World Hunger,  LAMPa will equip disciples to act in the following areas:

State Food Purchase Program Funding
The PA Department of Agriculture’s State Food Purchase Program (SFPP) is the Commonwealth’s most significant source of support for the efforts of Pennsylvania food banks, community food pantries and other providers of essential nutritional assistance. SFPP has made it possible for these providers to acquire and distribute food in all 67 counties. LAMPa will work with food banks and other hunger advocates for strong funding for SFPP.

Creating Fresh, Local Food Systems
LAMPa will work with synods and congregations to provide education, resource development and advocacy on how to get fresh foods to local communities. Campaigns may include development of advocacy on use of SNAP benefits, building local food policy councils, support for farm-to-school or farm-to-food bank programs, community gardening and eliminating food waste. This includes supporting continued adequate funding for the Pennsylvania Agriculture Surplus System – PASS.

Basic Education
Educating our children is a collective imperative that has positive social and economic benefits. Every public school must have the resources necessary to enable every child to meet state academic standards, be prepared for post-secondary success, and become productive, knowledgeable, and engaged adults. LAMPa will work to ensure that Pennsylvania adopts and maintains an adequate and equitable system of funding public education.

Working with our colleagues in the ELCA Washington Office, LAMPa will encourage economic development in Pennsylvania that is sustainable for all of creation, including workers and those who depend upon them.

Oppose Predatory Payday Lending
Payday loans are a predatory product that charge high interest rates and entice borrowers into a debt trap. LAMPa will continue to oppose any efforts to introduce predatory payday lending and the weakening of Pennsylvania’s strong consumer protection laws.

Safeguard Benefits and Access to Benefits
Safety net programs such as SNAP, WIC, energy assistance and others lift thousands of families out of poverty. While working to encourage program efficiency and maximum participation of those eligible, LAMPa will remain vigilant to attempts to cut such safeguards or create costly hurdles for our most vulnerable neighbors.

LAMPa will continue to promote the recommendations of the bipartisan legislative commission on homelessness to redirect resources toward prevention, rather than emergency shelter and crisis health care. The report encourages inter-agency cooperation to support individuals and families so that they do not become homeless, and to quickly locate people back into housing instead of temporary shelter. Access to affordable housing is a primary barrier for victims of domestic violence seeking to flee an abuser, and homelessness is considered a significant factor in both a child’s academic performance and likelihood that he or she will experience sexual abuse.

This work will also continue the momentum to address the opioid epidemic and seek to broaden the understanding of policymakers to attack underlying causes, such as poverty and hopelessness.

Racial Justice
To improve transparency and trust in policing, LAMPa will work with partners toward requiring demographic data collection in pedestrian and traffic stops and transparency in reporting of use of deadly force by police.

Prohibiting LGBT Discrimination
It is currently legal to discriminate against persons in employment, housing, and public accommodation on the basis of sexual orientation or gender identity or expression. LAMPa will support legislation that ends that discrimination.

Safeguarding the Right to Vote

Gerrymandering and outdated voting systems that are vulnerable to alteration not only threaten the right of each individual to have his or her vote counted equally, but contribute to an inability to effectively govern by reducing public confidence in the legitimacy of elections. In order that government may effectively serve the public good, LAMPa will work to support measures that safeguard suffrage.

Originally used to target major drug dealers and the money they made from their crimes, civil asset forfeiture is increasingly used to take homes, cars and small amounts of cash from ordinary Pennsylvanians. In this state, the government can legally take property it claims is connected to illegal activity but without actually charging, much less convicting, the property owner of a crime. Though not  all law enforcement succumb, prosecutors and police have a financial incentive to seize as much as possible through this means. Civil asset forfeiture disproportionately affects low-income and people of color. Although some reforms were made in 2017, LAMPa will work to increase protections from overzealous pursuit of civil asset forfeiture.

Advocate for a Clean Slate

One of the greatest difficulties that confronts people who have been charged with, and found not guilty, or convicted of non-violent misdemeanors is that their criminal record, under current Pennsylvania law, follows them for the rest of their lives.  Nearly three million Pennsylvanians—37.5% or more than one-third of the Commonwealth’s working-age citizens, are estimated to have criminal records.  Nearly half of Pennsylvania children have a parent with a record, and the associated barriers affect family life. Clean Slate legislation would seal the records of those with nonviolent misdemeanor convictions after an individual has remained crime-free for 10 years and would also seal non-conviction records as a matter of course.

More than 100,000 children are exploited through prostitution in the United States each year.  Adults psychologically manipulate these children, often with illegal drugs.  As a consequence, children are charged with prostitution, drug possession, loitering, and other offenses that are inherently related to prostitution.  These children are victims, and they deserve the protection of the child welfare system, not re-victimization and incarceration in the juvenile justice system.  LAMPa will work with our network, particularly with Women of the ELCA throughout Pennsylvania, for legislation that will divert sexually exploited children from the justice system into more appropriate human services.

Increasing Protections for Those Threatened by Domestic Violence

To enhance safety for all parties in cases of domestic violence, LAMPa will work toward legislation that would make it more difficult for defendants in domestic abuse cases to gain access to firearms, specifically by removing third-party safekeeping as an option for a defendant ordered by the Court to relinquish firearms, weapons and ammunition and instead require that firearms only be relinquished to the County Sheriff or other law enforcement agency or to a Federal Firearms Licensed dealer. In addition, work to strengthen existing surrender policy of convicted abusers to require surrender within 24 hours upon conviction of a misdemeanor crime of domestic violence instead of the current 60-day time frame.  Enhancing the safety of everyone involved during these difficult times would help not only these families but also law enforcement charged with overall public safety.

Pennsylvania is the most flood-prone state in the country, and approximately one-third of its waterways are deemed impaired. In addition, our practices are a major source of continued impairment of watersheds in neighboring states, including the Chesapeake Bay. LAMPa will design an education, action and advocacy campaign around stewardship of water resources in the Commonwealth.

LAMPa will work to promote emissions standards to mitigate climate change, including equipping congregations to make sound choices regarding their own practices, such as energy consumption.  This includes working to promote funds to adequately monitor and police such emissions as well as promoting energy efficiency. In this work, LAMPa will encourage sustainable development across Pennsylvania, but particularly in areas whose economies currently depend upon fossil fuel extraction.

LAMPa will oppose degradation or diminishment of the health of public lands such as state parks and forests.

LAMPa will help congregations create welcoming communities and oppose legislation that would target immigrants for unjust treatment or seek to deny refugee resettlement efforts. This includes anti-sanctuary legislation that would force local municipalities to use their own resources to assist Immigration and Customs Enforcement, thereby threatening trust between local law enforcement and their communities.

The agenda guides LAMPa’s work, which is informed by the experiences of Lutheran ministries as well as by the social statements of the Evangelical Lutheran Church in America.