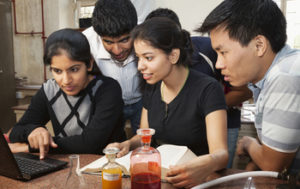 Did you know that, currently, ONLY 6 out of the 500 school districts in Pennsylvania have explicit policies or resolutions in place that welcome and support immigrant and refugee students? The Welcoming Schools Campaign, a program of the Pennsylvania Immigration and Citizenship Coalition (PICC), aims to educate and empower immigrant and refugee students and parents about how they can work with their schools to create welcoming, supportive, and protective policies and practices, regardless of immigration status.

At the core of the campaign are the Welcoming Schools Campaign Toolkit and Welcoming Schools Report, which are advocacy resources to ensure that school districts are creating a safe and welcoming environment for all students, regardless of their immigration status. PICC also provides presentations and workshops for students and parents that cover four topic areas: Welcoming Schools Campaign, Immigrant & Refugee Rights in School, Access to College for Immigrant and Undocumented Students, and Deportation Defense (for affected community members).

A key part of the campaign is PICC’s annual Welcoming Schools questionnaire, which gives students and parents an opportunity to share their experiences in schools across Pennsylvania. The data that is gained from the surveys will play an important role in creating safe, supportive, and welcoming policy recommendations for ALL students regardless of their immigration status.  Felicia Shapiro is “happy to set up one-on-one conversations with folks wanting to learn more about the campaign and surveys.”  You can use her Calendly link here to schedule your one-on-one. Links to the survey in a number of languages are below:

The ELCA social statement “Our Calling in Education” reminds us that education is part of our baptismal call. Luther himself was a university professor, and insisted that all people be educated. As Lutherans it is imperative we advocate for accessible and inclusive learning environments for all.