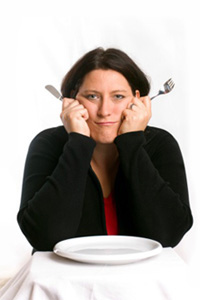 If you haven’t read the hottest series since Harry Potter, here’s the gist of it. The Hunger Games is set in a futuristic United States where every year the capitol city requires its 12 enslaved and impoverished districts to select two teenagers to compete in a televised survival contest as punishment for an earlier rebellion. Only one of the twenty-four will emerge alive as winner of the hunger games.

In Pennsylvania we are engaged in our own version of the games in the 2012-13 state budget, which will result in pitting programs that serve the most vulnerable of our citizens against one another. Not all will survive, either. It starts with the Human Services Development Fund (HSDF), a flexible funding stream used for a wide variety of human services at the county level, that has been repeatedly reduced in recent years. The new budget combines funding for several other programs into a single Human Services Development Fund Block Grant, while reducing total funding for all programs by $168.4 million, or 20%. The new HSDF block grant now includes Medical Assistance Outpatient, Behavior Health Services, Mental Health Services, County Child Welfare, the prior HSDF and Homeless Assistance.

What this means is that programs as vital and diverse as child welfare and mental health will have to compete at the county level for attention and support. Domestic violence initiatives in the HSDF will have to vie with homeless assistance to see who will come out on top.

What is curious about this move is that there was first supposed to be a pilot program in a county or two to see how a block granting experiment would work out. If there has been a pilot, no report has been issued on its results. Governor Corbett has been intentional about putting together commissions on issues of statewide impact, including natural gas drilling, child abuse, transportation, liquor store privatization and higher education, to name a few. Moving to this new system of funding deserves no less attention and scrutiny before putting in place changes that will hugely impact the very old, the very young, the very ill and the very vulnerable among us. Block grants may have merit, but not this one as currently constructed.

The Hunger Games (spoiler alert!) ends with the surprise of two victors who team up to support one another through the fear and killing. Some of the impacted programs may join cause to advocate together and emerge relatively unscathed. But not all will. By kicking the can to the county level while simultaneously slashing the fund, the state is abdicating its responsibility to safeguard the welfare of our most vulnerable residents. We dare not treat the well-being of so many in such a casual fashion. It’s no game.

HSDF will be a primary advocacy focus at Lutheran Day at the Capitol on May 9. Come join us!