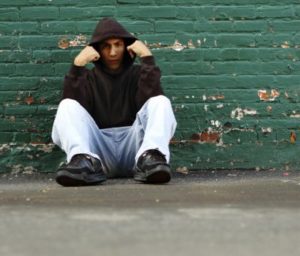 A newly released report shows that homelessness among children and youth is increasing dramatically in Pennsylvania while rising unevenly in other states during the 2018-19 school year (SY). PEC reviewed the report from the National Center for Homeless Education called Federal Data Summary School Years 2017 – 2019, and summarized key data points for the convenience of educators, advocates, policy makers, and housing and youth program staff. Below are several of the highlights of the report.

This is important for several reasons. Congress allocated a record high of $800 million for the Education for Homeless Children and Youth (EHCY) program, far surpassing the FY 2018 allocation of $83 million. EHCY seeks to remove educational barriers and improve educational opportunities for youth experiencing homelessness. States and School Districts can use this data to make informed decisions. Pennsylvania will receive $32 million over the coming years, and recently received $8 million, double its 2018 allocation. Thus far the PA Department of Education has not issued guidelines on how the funds will be spent.

PEC encourages the PA Department of Education and the School District of Philadelphia to organize public engagement strategies to identify effective methods of identifying and supporting students who experience homelessness. In addition, Pennsylvania’s county commissioners, human service administrators, and mayors should compel better coordination between the education and homeless housing systems to ensure that most homeless families have access to housing supports.

Student homelessness impacts grades, graduation rates, personal health, and much more. As Pennsylvania continues to grapple with an unacceptable level of youth homelessness, advocates must press for greater assistance from the legislature, especially as the federal moratorium on evictions nears its end. Our ELCA social message on homelessness reminds us that the church has a central role in the caring for those without a place to stay. We are called to be voices for justice, so that all may feel secure and have a sense of belonging.