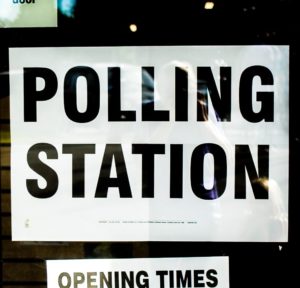 States around the country are still dealing with issues that converged in the 2020 election — from overwhelmed county elections offices and voting infrastructure to a crippled U.S. Postal Service and widespread disinformation. Pennsylvania is no exception. The General Assembly is considering proposals to revamp Pennsylvania’s election system, including a potential consitutional amendment that would roll back most recent reforms that allowed no-excuse mail-in ballots.
After months of hearings related to questions about the integrity of the election, and numerous reports finding that there was no widespread fraud in Pennsylvania, legislation has been introduced that, if signed into law, would create sweeping election changes — some intended to address overwhelmed systems and others aimed at misperceptions of fraud. One of the primary bills being considered to move is  HB 1300, which includes the following changes :

Despite the requirement to present a driver’s license or other form of government ID at the polls, the bill does allow for voter registration cards and college IDs to be accepted. The Department of State would also be required to provide free photo ID cards to any voter who requests one. Currently, voters only must show ID the first time they vote at their precinct. Under the new legislation, if a voter does not have an ID on them, they can sign and affidavit.

Along with adjusting the windows in which voters can request and return their mail ballots, the legislation also limits the hours of, and number of drop boxes counties can utilize. HB 1300 would allow one box for every 100,000 residents, with a maximum of ten boxes. Some legislators are looking to make further reductions, though, even calling for the total elimination of drop boxes and satellite offices. Representative Dan Moul, Republican of Adams County, has said that there is immense support in the caucus for the more extreme measure.

The debate over HB 1300 and other bills comes in the wake of dozens of new election laws being proposed or passed across the country. The Brennan Center for Justice posted a roundup of state elections law changes, including many that would make it harder for Americans to vote.  Georgia’s new election laws garnered significant attention for the sweeping changes it made, and the projected impacts it will create. Where officials once validated ballots by comparing signatures and checking registrations, now voters will be required to submit driver’s licenses or state ID numbers, even when requesting absentee ballots. If that information cannot be provided, other documentation, such as utility bills, will be required. Processing that information just before an election could potentially delay the processing of the ballot or lead it to not be counted at all.

Voter ID laws also have the potential to make voting difficult for marginalized and vulnerable communities. In Georgia about 56% of registrants without ID are Black, higher than their 30% portion of the state’s registered voters. Of those in November who cast ballots in November’s election, 45% without ID were Black. Senior citizens and homeless people also face challenges in acquiring ID, because they don’t drive or have residences. “Some people definitely won’t be able to vote by this law, and they can’t vote people into office who can solve their specific problems,” says Marissa Goldfaden of Spread the Vote, and organization that works with people to get IDs. “It becomes this unfortunate cycle.”

While some states like Georgia are paving the way for others to pass new voter ID laws, Vermont has taken a different approach to election reform. Governor Phil Scott, a Republican, signed legislation that requires all registered voters in the state to receive mail ballots, a massive expansion of voting rights. The bill was signed four weeks after the Vermont General Assembly passed the legislation, which also allows voters to “cure” any ballots that are deemed defective. In a statement on signing the bill into law, Gov. Scott said he signed the bill “because I believe making sure voting is easy and accessible, and increasing voter participation, is important.”

As Pennsylvania’s legislature now considers HB 1300 and other election reform measures, we are reminded by our ELCA Social Message “Government and Civic Engagement in the United States: Discipleship in a Democracy,” that “all residents of the United States have a responsibility to make government function well – not to abandon our democracy but to engage it in a spirit of robust civic duty.” Our government, and our engagement with it, is vital for upholding human dignity that is true regardless of residency or citizenship status. The church does not support efforts to restrict access to voting. If voters are required to show ID, then all voters must be issued ID. The church does not support purging voter rolls, denying access to mail ballot options, or closing polling places that make voting more difficult for eligible voters. “Active suppression robs voters of a key means of participation.”

In its Social Message “Human Rights,” the ELCA affirmed six broad categories of human rights. Of these, number four states “humans are political and civic beings and have the right to equal access and participation in legal, civic, and political decisions affecting them.” For the commonwealth to uphold this human right, equal access to the ballot box must be ensured. Laws that limit accessibility or make it more difficult to vote do not align with the Lutheran understanding of human rights and democratic participation.