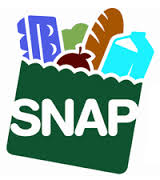 Some 1.8 million already vulnerable Pennsylvanians face further hardship as of Nov. 1 as cuts to federal nutrition assistance take effect. According to the Center on Budget and Policy Priorities (CBPP), the cut amounts to 21 lost meals per month for a family of four.

Approximately 766,000 children, 494,000 seniors and an estimated 59,300 veterans across the Commonwealth will see benefit reductions. The cuts are a result of the expiration of the American Recovery and Reinvestment Act that temporarily boosted the Supplemental Nutrition Assistance Program (SNAP — formerly known as food stamps) as a way to cushion the harshest effects of the recession.

Already hard-pressed food pantries can expect to see the effects.

Nutrition assistance is our nation’s first line of defense against hunger and a powerful tool to help keep families out of poverty. Benefits are modest, offering many Pennsylvania families a crucial bridge in this slow economic recovery. View details for each of Pennsylvania’s 67 counties on the impact of the SNAP cut, including the number of adults, children, and households receiving SNAP benefits as of September 2013.

In addition to helping to feed hungry families, SNAP is one of the fastest, most effective ways to spur the economy. Every $1 increase in SNAP benefits generates about $1.70 in economic activity. Benefits boost demand for farm produce, helping to keep our nation’s farms strong.

All of the more than 47 million Americans, including 22 million children, who receive SNAP benefits will be affected by the across-the-board cuts taking effect this month. The cut will reduce SNAP benefits by $5 billion total in the remaining months of the fiscal year (November 2013-September 2014), including $183 million in Pennsylvania.

For a family of three, the cut will likely mean a reduction of $29 a month — $319 for the remaining 11 months of the fiscal year. This is a serious loss for families whose benefits, after this cut, will average less than $1.40 per person per meal.

Additional cuts to SNAP could be on the way. In September, the U.S. House narrowly approved legislation that would cut $39 billion in SNAP funding over the next decade. The Senate has not taken up the bill.

A cut that large, if enacted, would deny SNAP to approximately 3.8 million low-income people in 2014 and to an average of nearly 3 million people each year over the coming decade, according to Congressional Budget Office (CBO) estimates. Those who would be thrown off the program include many low-income children, seniors, and families that work for low wages.