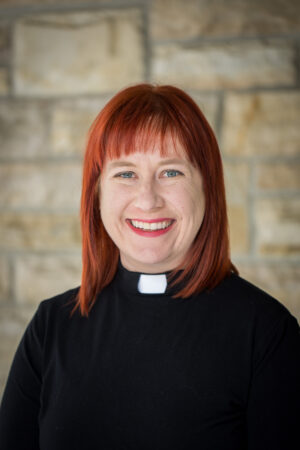 LAMPa’s Policy Council welcomes the Rev. Erin Jones as a new representative from Southwestern Pennsylvania Synod. She serves as the pastor of the Hot Metal Bridge Faith Community (HMBFC) on the South Side of Pittsburgh. HMBFC is a joint Presbyterian Church (USA) and United Methodist Church congregation, which Erin gladly serves through the ELCA’s ecumenical partnerships. While she is rooted in Lutheran theology, Jones said she believes that increased partnerships and ecumenism are vital to proclaiming the fullness of the Gospel.

Jones has a long history of connecting her faith to her citizenship. She was a Religion and Political Science major at St. Olaf College in Minnesota, did a year of Lutheran Volunteer Corps as a Public Policy Coordinator for the Chicago Religious Leadership Network on Latin America, and served on the Policy Council of the Lutheran Office of Public Policy- CA during her time at Pacific Lutheran Theological Seminary.

Jones said she believes deeply that her call to ordained ministry includes working for justice. At HMBFC she works closely with those experiencing food insecurity and homelessness, and that work means not only direct service but also addressing systemic issues. She also has begun to build relationships in Pittsburgh and beyond to address racial injustice and reconciliation.

“I am very excited to be back officially in the advocacy world, and to partner with Lutherans and other people of faith across Pennsylvania to make the kin-dom of God a little more clear in our corner of the world,” Jones said.

LAMPa’s ministry will be richer and deeper for Jones’ involvement, LAMPa Director Tracey DePasquale said. “Our witness to the transformative power of God’s love is stronger when we extend the ministry of accompaniment into the public square. Her ministry in Southwestern Pennsylvania Synod exemplifies that.”