Keystone Counts Shares Update on the 2020 Census in Pennsylvania 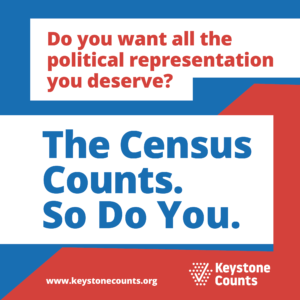 Keystone Counts recently shared an update on the 2020 Census in Pennsylvania. LAMPa is one of the more than 100 coalition members of Keystone Counts, a statewide coalition of advocacy groups, service providers, and community organizations joined together to build an education and outreach effort for a fair and accurate 2020 census. 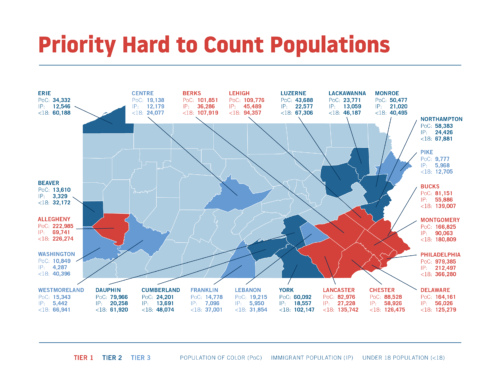 In Pennsylvania, more than 1.2 million households in 24 Priority counties were identified as at risk in the 2020 Census. Keystone Counts set a goal to reach/connect with 244,648 at-risk households. The goal was set to be achieved through personal visits, phone calls and text banking. COVID-19 substantially altered these plans.

Amazingly, despite COVID, and through the dedication of coalition partners, more than 405,000 at risk households have been reached to date. It is anticipated the relationships formed through these contacts will continue especially as individuals are encouraged to register to vote and pledge to follow through.

This year’s Census data can affect representation in Federal & State Congressional Redistricting. It is anticipated Pennsylvania may lose one or more US Congressional Representative seats and an electoral vote.