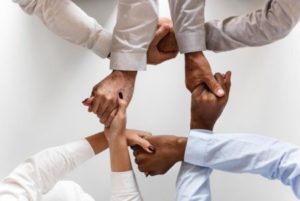 The Pennsylvania Interfaith Justice Coalition is an informal association of faith-based advocacy organizations. It is our mission to remind state government and its lawmakers of the values and social principles of the faith traditions that we represent. We engage in this mission in the hope of making Pennsylvania a more peaceful and just place to live.

Our response to the October 27th mass shooting at Tree of Life Synagogue in Pittsburgh is one of horror and disbelief. We are saddened alongside all who have heard the news. We lament for the lost and wounded. We are speechless before the survivors. And as an interfaith body, we wish to express solidarity with the Jewish community in Pittsburgh.

Jewish values such as humility, cooperation, reason and generosity are the antithesis of the actions of the perpetrator of this crime. We are especially distressed that members of the Jewish faith were targeted for their compassionate work on behalf of immigrants, refugees and asylum-seekers. Such is holy work that each of our faith bodies embraces and many of our congregations undertake. We hope that the gunman might come to understand the evil of his actions. We pray that any others who are influenced by the same misguided ideology would turn around. And we reject violence as a course of action.

All faith traditions recognize the world as being a contentious, uncertain and confusing place. That is why we in the Pennsylvania Interfaith Justice Coalition have joined in cooperation to address the issues of the day. We encourage all to join us in striving together for justice and an end to violence for the common good in our Commonwealth so that we might prevent another tragedy like the shooting at Tree of Life Synagogue.