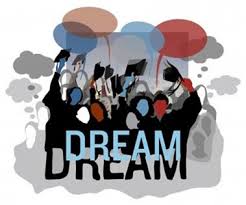 Immigration law is a federal matter.   LAMPa is focused on Pennsylvania matters.   The intersection of the two is the focus for the LAMPa PA Immigration Leadership Circle. The goal of the Circle is to provide an opportunity for Lutherans in Pennsylvania to learn and to network so that we are more effective in welcoming the stranger and advocating for their needs.   The Cricle has held two statewide conference calls to date. The first focused on immigration reform with guests from Lutheran Immigration and Refugee Service. The second explored the Pennsylvania Dream Act bill, with staff from the office of the bill’s sponsor, Senator Lloyd Smucker (R-Lancaster).

Immigration Detention in Pennsylvania is the topic for a statewide conference call on Thursday, February 27 at noon – 1 p.m.  For more information or to register, click here.

Approximately 1,000 people are held in immigration detention in Pennsylvania everyday.    Some are seeking asylum (refugee status based on fear of persecution.)  Some are facing deportation because they overstayed a visa or never had a visa to be in the United States.  Some are Legal Permanent Residents for whom anything from a misdemeanor to a major crime results in deportation.    York and Pike County prisons hold most of these detainees.  Additional county jails which house immigrants  include Clinton,  Lackawanna, Cambria,  Allegheny,  Philadelphia,  Erie, and Montgomery.   The Berks Family Shelter near Reading is the only family detention facility in the United States.   The Berks detainees are all families applying  for asylum.

The 2013 Churchwide Assembly passed a resolution calling for ELCA congregations to learn about immigration detention, and where possible, to visit people in detention.  In addition to registering for the conference call on Thursday, February 27,  you can learn more about immigration and detention and ways to care for the least of these by going to these websites: