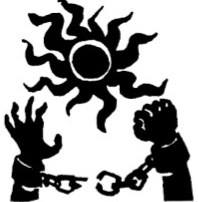 Pennsylvania recently became the first state in the nation with a “Clean Slate” law. Gov. Tom Wolf signed the bipartisan-backed legislation, referred to as the “Clean Slate” bill designed to remove the stigma that can stand in the way of someone getting a job, housing, college admission or loans if they had convictions for a summary offense and some misdemeanor, served their sentence, and have lived on the right side of the law for a decade.

This law allows for individuals who are convicted of a misdemeanor of the first degree to petition the court for their records to be sealed after 10 years of being conviction-free provided they served out their sentence and paid all court-ordered financial debts.  It provides for automatic sealing of convictions of misdemeanors of the second and third degree and summary offenses after they completed their sentence and have a decade free of a conviction. Nearly one in three Pennsylvania adults have some type of criminal record.

Thank you to all of the LAMPa supporters who continued to contact legislators, write letters and advocate for this piece of criminal justice reform.