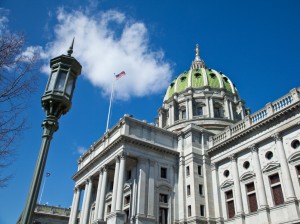 On June 28, Pennsylvania adopted a $34 billion budget that includes no new taxes but socks $330 million away in a rainy day fund. Highlights include increases for housing, education (basic, pre-k and special education), election security and help for a struggling agricultural industry.

Funding for the state’s two major anti-hunger programs was held level. The State Food Purchase Program (SFPP), the Commonwealth’s most significant source of support for the efforts of Pennsylvania food banks, community food pantries and other providers of essential nutritional assistance, will continue to be funded at $19.8 million. The Pennsylvania Agriculture Surplus Systm (PASS), which benefits both farmers and hungry neighbors by making it easier to supply surplus food to charitable providers, will receive $1.5 million. LAMPa and the Pa. Hunger Action Coalition had sought $21 million for the SFPP and $3 million for PASS to attempt to make up for lost ground from inflation and cuts. Advocates met and wrote to lawmakers to share that, despite rosy economic statistics, our feeding ministries continue to see steady or increasing demand.

The budget also fails to fund the $21 million recommended to ensure that Pennsylvanians are accurately counted in the 2020 Census. Read more about Census funding.

In related legislation passed last week, the General Assistance (GA) program re-instated by the state Supreme Court last year was eliminated after a contentious day in the Senate that made national news as discussion descended into chaos. LAMPa had advocated for retaining the program, which provided temporary assistance to the disabled and their caregivers, those fleeing domestic violence, children being cared for by friends or neighbors, and people in treatment for substance use disorders. The assistance helped those served meet their most basic needs and often stay in their homes and out of more costly crisis services. HB 33, which eliminated GA, was amended to include funding for hospitals that serve large Medicaid populations and would be in danger of closing without the funds. LAMPa did not advocate for a veto because of the much larger hospital funding portion of the bill that remained when the legislation reached the governor’s desk.

Read more about impact for schools.