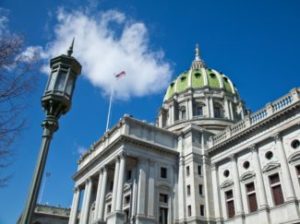 The 2017-2018 spending plan adopted by Pennsylvania lawmakers by the June 30 deadline includes some good news for Pennsylvania children, including increases in basic education, special education and early childhood funding, plus $2 million to incentivize improvements in school breakfast delivery, for which LAMPa advocated.

The final bill avoided or reduced some of the deeper cuts to health and human services and environmental protection in the earlier House version.  Some areas of services for intellectual disabilities, mental and behavioral health saw increased funding overall. However, though avoiding deeper cuts proposed by the House version, environmental protection did not fare as well overall. The Department of Environmental Protection’s operational budget, which supports water programs, was cut another 3.85 percent from last year, down 34 percent since 2002-2003. Funding for the Susquehanna and Delaware River Basins Commissions was slashed by 50 percent.

After last year’s long-awaited increase, the State Food Purchase Program, which supports community food pantries, including many run by our congregations, will remain funded at the same level.

The $32 billion spending plan was passed with bipartisan support. Gov. Wolf has voiced support, but has not said if he will sign the bill before a revenue agreement is reached.  To balance the budget, lawmakers must find revenues to cover a $2 billion-plus projected shortfall.

The General Assembly, which increases its own spending by 5 percent in the budget, is in recess until after the July 4 holiday. Read coverage of the proposed budget details.