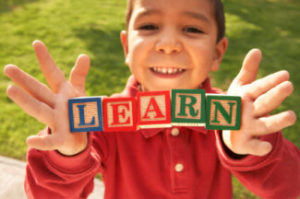 “Because all are created in God’s image, all have equal worth and dignity and should be treated accordingly. This belief stands behind our strong support for our society’s expectation that all young people have equitable access to high-quality schools.” ELCA Social Statement – Our Calling in Education, 2007.

The ELCA’s commitment to equitable access to good schools for all calls us to attend to the glaring inequalities in our Commonwealth’s education system. A recent national study ranked Pennsylvania the most inequitable in the nation, with a 33 percent difference in per pupil spending between its wealthiest and poorest districts.

LAMPa is working within a broad coalition of more than 50 organizations in the Campaign for Fair Education Funding, whose mission is to ensure that Pennsylvania adopts and maintains an adequate and equitable system of funding public education by 2016.  Every public school must have the resources necessary to enable every child to meet state academic standards, be prepared for post-secondary success, and become productive, knowledgeable, and engaged adults.  Educating our children is a collective imperative that has positive social and economic benefits for the Commonwealth and its communities.

The statewide coalition, which includes stakeholders from parents and students to teacher unions, business leaders and school officials, launched shortly after the Basic Education Funding Commission began its work in July of 2014, each citing the need for a fair and adequate funding system for public schools. To read the Campaign’s proposal, unveiled in February, click here.

The commission is to make its recommendations for a funding formula by June 2015.

Act 51 of 2014, sponsored by Representative Bernie O’Neill, called for the Basic Education Funding Commission to make its recommendation within a year of it being signed into law. Governor Corbett signed this legislation into law on June 10, 2014. The recommendations of the commission will not go into effect, however, without approval of the legislature and the signature of the Governor.

LAMPa is engaging Lutherans and lawmakers in examining the disparities in resources and outcomes for our children. You don’t have to be an education expert or a parent to know that striving together to help ALL children develop their gifts and abilities is part of our calling. To share your story or get involved, contact us at LAMPa@lutheranadvocacypa.org.