Dec. 31 Deadline to Block Gambling Expansion in Your Community 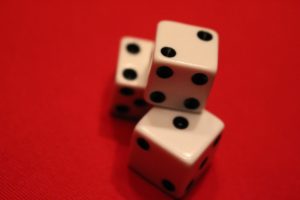 Pennsylvania municipalities have until Dec. 31 to ban gambling expansion in the form of  “mini-casinos” in their boundaries as the result of a hastily considered revenue package adopted in late October.  Municipalities so wishing must adopt a resolution prohibiting any of the 10 approved mini-casinos and submit it to the Pennsylvania Gaming Control Board by the end of 2017.  County governments have the same option regarding truck stop video gaming as part of the package that would legalize online gambling portals at casinos and airports, permit the state lottery to sell tickets and games online, legalize sports betting (if Congress approves nationally) and regulate fantasy sports and online gambling.

Pennsylvania ranks second only to Nevada in revenues raised through casinos. This law marks the biggest expansion of gambling in the state since it first legalized casinos more than a decade ago. Pennsylvania now becomes the fourth state with internet gambling and the first to allow both casino and lottery games online. Read news coverage.

To see a list of Pennsylvania municipalities that have already act to block gambling expansion, check the Gaming Control Board website here.

Citizens who wish to block gambling expansion in their communities should contact their local and county elected officials as soon as possible, learn the date of the next meeting and ask to have the mini-casino prohibition resolution put on their agenda.  Plan for residents to attend this meeting and be prepared to support the resolution.

Municipalities that vote to prohibit the new gaming within their borders may later vote to rescind the ban, but cannot reverse a decision to allow gambling expansion.

The mini-casinos would be able to house 300 to 750 slot machines and as many as 30 table games, potentially increasing to 40  if approved by the Gaming Control Board.

The gambling expansion was an attempt to close a $200-million budget gap in a revenue package months overdue.  The mini-casino provision also allows for a local share tax.  LAMPa opposed using gambling expansion  as a way to fix budget woes. The final legislation took only 18 hours between its introduction and passage in the House, giving lawmakers little time to digest the 939-page bill, and limiting public input.