Consequences of an Undercount in the 2020 Census 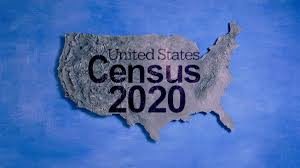 The 2020 Census will be critically important to the future of Pennsylvania, and even a minor undercount would have dire implications that would last for at least a decade. The Commonwealth receives $26 billion each year in funds that are determined by the Census, including funding for healthcare, infrastructure, housing, rural communities, and local municipalities.

A new report from the Pennsylvania Health Access Network (PHAN), a LAMPa coalition partner, underscores the consequences for healthcare in Pennsylvania if the 2020 count isn’t fully accurate. The Census count is used to determine the Federal Medical Assistance Percentage (FMAP) that is used to allocate federal funds for Medicaid, the Children’s Health Insurance Program (CHIP), and other programs that affect vulnerable seniors and children.

The Commonwealth is obligated to cover the costs of Medicaid for Pennsylvania residents, so an undercount, and the resulting decline in federal funds available for medical assistance, would mean that Pennsylvania would have to backfill these funds using money from the state budget, which already faces large structural deficits.

Pennsylvania is uniquely vulnerable to the effects of an undercount. PHAN cites a study from the George Washington University Institute of Public Policy, which shows that Pennsylvania stands to lose the second most money of any state if there is an undercount. If the 2020 Census undercounts Pennsylvanians by as little as one percent, the Commonwealth will lose $221,762,563 per year (in 2015 dollars) or $1,746 for each Pennsylvania resident. Since this shortfall would last a decade, it would cost Pennsylvania taxpayers billions of dollars.

California’s experience with the 2000 and 2010 Censuses offer a valuable lesson to Pennsylvania as we prepare for the 2020 Census. In 2000, California experienced a severe undercount that cost the state billions in federal support. By 2010, they had learned their lesson, and committed state funds to ensuring a more accurate count, which led to a ten percent increase in 2010.

PHAN recommends that Pennsylvania adopt the lessons learned from California’s experience and invest in ensuring that the Commonwealth gets all the federal funds we deserve. They urge the General Assembly to appropriate $12.8 million, or just one dollar per Pennsylvanian, in this year’s state budget to ensure a fair and accurate count in 2020.

In order to make the best use of these funds, and ensure that Pennsylvania’s federal tax dollars come back here, where they belong, PHAN recommends using the $12.8 million to support the outreach efforts of local governments and community-based organizations, particularly those with connections to traditionally hard to count communities.

LAMPa has joined with Keystone Counts, a nonpartisan coalition of advocacy groups, service providers, and community organizations working together to build an education and outreach effort to ensure a fair and accurate 2020 census.  LAMPa will share updates with synods and constituents as we move forward.