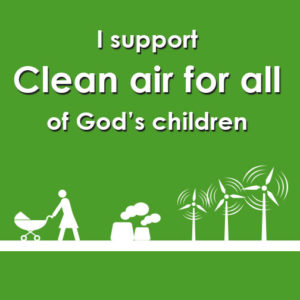 As Christians, we think and talk about what we may be “called” to do out of faith for our families, ourselves, our neighbors and our communities. You may be called to work against poverty and hunger, and out of that call you might work in a food pantry or send a letter to your member of Congress about cuts to federal nutrition programs. You likely signed up for these emails in part because you feel a call to care for God’s creation.

If you are concerned about the future of God’s creation, and in particular about the threat of climate change to our planet and to future generations, and if you feel called to act out of that concern, this summer offers a number of opportunities to act and to advocate.

Here are just a few:

Send your comments on the EPA’s proposed carbon rule today! The EPA’s proposed rule will limit emissions of carbon dioxide and other pollutants from power plants, improving public health in our communities and protecting future generations and God’s earth from the threat of climate change. If you’d like to comment, our action center has tools to help you. If you’d like more information about the rule, here’s a link to fact sheets that may help.

Write a letter to the editor of your local paper in support of the EPA’s proposed rule (or if you’re feeling really ambitious, write an op ed for the opinion page). For help in writing a letter to the editor, click here and for fact sheets on the proposed rule click here. If your letter gets published, let us know! Send a note to washingtonoffice@elca.org and include a link to your letter if you can.

Join the People’s Climate March Sept. 21, 2014 in New York City. Join thousands of other concerned citizens marching to ask world leaders to act on climate change. If you can’t make it to New York, find (or plan) an event that weekend in your own community (here are some tools to help you plan a prayer vigil or other event in solidarity).