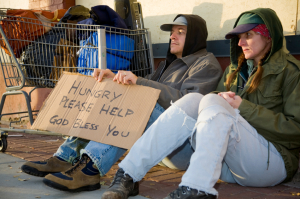 A decades-long General Assistance (GA) program that had been re-instated by the state Supreme Court last year was eliminated last week, affecting more than 11,000 Pennsylvanians reported to be relying on the small, temporary program targeted to the most vulnerable as a bridge in times of crisis. LAMPa staff and other advocates had accompanied recipients, including John Boyd of Philadelphia, in pleading for the program’s survival. Boyd’s letter of gratitude for GA in helping to get on his feet was read amid shouting as the Senate descended into chaos that made national news.

LAMPa Director Tracey DePasquale urged congregations and social ministry organizations to learn whether those they are serving in their ministries were receiving or qualified for General Assistance and do what they can to fill in the gap. If, respecting our neighbors’ privacy, you are given permission to share their stories, please do so with LAMPa and lawmakers.

“As we accompany those with and whom we serve, we better understand their needs and are better able to advocate. We ask for vigilance on behalf of those who are losing this support as of Aug. 1, and prayers for all as we continue to look for a way forward to keep a time of crisis in someone’s life from turning into a tragedy,” DePasquale said.

GA provides temporary cash assistance of $205 a month to the disabled and their caregivers, those fleeing domestic violence, children being cared for by friends and neighbors, and people in treatment for substance use disorders. Learn more. The assistance helps them meet their most basic needs and often stay in their homes and out of more costly crisis care. HB 33, which eliminated GA, was amended to include funding for hospitals that serve large Medicaid populations and would be in danger of closing without the funds. Gov. Wolf said he added $15 million to low-income housing assistance to the budget to aid some of those who would be losing support with the cut of GA. LAMPa did not advocate for a veto because of the much larger hospital funding portion of the bill that remained when the legislation reached the governor’s desk. Read more news coverage.