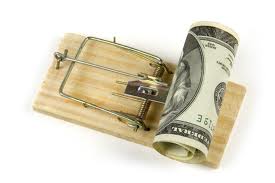 Unfortunately for the Payday industry, the maneuver has cost them in the Senate, whose leaders had not approved the provision.  Last week, the Senate voted unanimously to strip out the payday lending language. Even Senator Pat Browne, a supporter of the payday lending bill, told the Pittsburgh Post-Gazette: “I do not believe that the fiscal code, a bill that directly relates to our budget, is the appropriate place to address this.”

The Harrisburg Patriot-News editorial board took House leaders to task over the weekend for using the Fiscal Code bill — which is needed to get additional funding to the Philadelphia School District, among many other aspects of the budget — to push payday lending forward:

“The controversial payday-loan le­galization bill had stalled in the Sen­ate for good reason. Payday loans are a lucrative business built on exploit­ing people in times of urgent need. Besides astronomical interest rates, the loans often come with tricks and traps that squeeze even more money out of the desperate customer. The usurious loans trap people who are financially strug­gling on a treadmill of debt, as they borrow more and more to cover the exorbitant financing costs. For example, paying off a $500 loan, renewed two weeks at a time for three months, can easily cost almost $450 in interest, fees and penalties, according to the Penn­sylvania Credit Union Association. That’s an annual interest rate of more than 300 percent.”

“Sky-high interest rates, as in triple-digits when annualized, for short-term loans for people with bad credit; loans called “predatory” for a reason. Pennsylvania caps rates, making sleazoid-lending less profitable; and in 2010 our Supreme Court extended the cap to online activity. One lender, Cash America Net, made $10 million a year through online payday lending here, the court said.  But language to revisit payday lending — promising a vote on the issue by the end of October — gets slipped into the Fiscal Code; on Page 55 of a 57-page bill.”

So what is next? The House has to decide whether to return to Harrisburg to pass the fiscal code bill during the summer recess. If not, Philadelphia schools, state universities and others will suffer the consequences until mid-September.  While we can hope that the kind of aggressive tactics used here will permanently turn off the Senate on legalizing predatory lending, we know that the lenders will not relax efforts over the summer and neither can we. Just as they re-branded payday loans as “micro loans” (a gambit that has failed to work) we can expect new tweaks and tactics.

LAMPa will be working through the next months to organize in-district visits with State Senators to educate them on the real impacts of predatory lending, and inform them of the real objections of their constituents. Stay tuned.