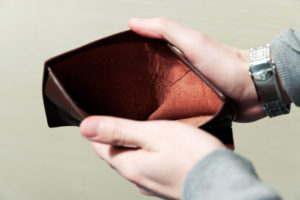 LAMPa has begun work asking for an increase for Pennsylvania’s low-wage workers as an essential component of addressing the complex issue of poverty in our state.

The Commonwealth’s minimum wage has been $7.25 an hour for five years and, according to the state Department of Labor and Industry, 5.5 percent of Pennsylvania’s workforce — 190,800 people — earn the minimum or less. Of those workers, 65 percent are women, 74 percent are white, 58 percent are under the age of 25 and 60 percent do not have a high school diploma.

Raising the wage will help address the ability of our neighbors to afford necessities, such as paying the rent, buying groceries or filling the car with gas. Although the current $7.25/hour has remained flat since 2009, housing, food and transportation costs have steadily increased.

There are multiple measures pending in the state capital regarding the state’s minimum wage, including proposals from state Sen. Christine Tartaglione, (D-Philadelphia)  which would raise the wage first to $9 an hour and then, a year later, to $10.10 an hour. There is a similar bill from Rep. Patty Kim (D- Harrisburg). LAMPa will be following and participating in the debate as it continues, and finding opportunities for advocates to weigh in.

Reasons against raising the wage include the contention that doing so would hurt the economy and result lost jobs. According to the Center for Economic and Policy Research, data from the thirteen states that raised their wage in January 2014 show there has not been a loss of jobs. In fact, those states that raised the wage showed an overall  increase in employment, while those that did not collectively showed no increase. Pennsylvania is the only mid-Atlantic state that has not raised its wage above $7.25.

Lutherans affirm that God is active in economic life and the mission of Jesus to “bring good news to the poor” includes addressing the conditions that make and keep people poor. As a faith community, we value the principle of sufficiency for all, which includes access to adequate income to meet basic needs and public policies that ensure dignity for those who labor.  Working together as Lutherans on minimum wage expresses our deep commitment to addressing the complex causes of poverty in our state and our call to promote the common good.  We all benefit when those who receive the least for their hard work are better rewarded for their labor and can more fully contribute to the life we share.

Some ELCA Bishops will be in Washington DC next week to advocate for raising the federal minimum wage. As they do so, LAMPa will concurrently work to encourage Pennsylvania to act, as many of its neighboring states have, to look after its most vulnerable and further the national conversation, by raising the wage here.