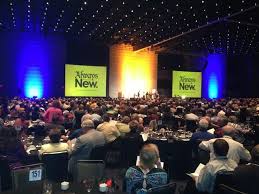 The seven synods in Pennsylvania met in assembly in May and June, 2015. Several synods adopted resolutions relating to advocacy and LAMPa’s agenda. LAMPa will be working with each synod to support their advocacy efforts. Please contact the individual synods for the complete text of each resolution.

S. A. 15.05.03 BE IT RESOLVED THAT the Hunger Ministry Team develop mechanisms for congregational outreach and share congregational initiatives that work to alleviate hunger.

BE IT RESOLVED THAT the Hunger Ministry Team identify means for congregations to continue or increase their support for eliminating hunger in their local communities, and ways to advocate for elimination of the causes of hunger and poverty in the state of Pennsylvania, and by support
of ELCA World Hunger.

BE IT RESOLVED THAT the Hunger Ministry Team identify mechanisms for collaboration for eliminating hunger and advocating to alleviate the underlying causes of food insecurity.

BE IT RESOLVED THAT the Hunger Ministry Team work with the Synod Assembly Planning Team to include hunger and food insecurity issues as part of the 2016 Synod Assembly, including inviting congregations to share their stories about local, state and ELCA World Hunger activities.

The synod adopted a memorial calling for further participation in and emphasis on hunger ministry in the Southwestern PA Synod for 2015-2016; affirming the work of the SWPA Hunger Task Force and thanking them for their diligent work to educate and encourage year round support of the ELCA World Hunger appeal; directed the Hunger Task Force to continue to provide synodical leadership to our congregations and other ministries of the SWPA Synod about hunger issues, and to collect information from congregations and other ministries about their initiatives to address hunger; and directed the Synod Assembly Planning committee to lift up World Hunger as a special emphasis during the 2016 Synod Assembly.

Lower Susquehanna Synod – RESOLUTION IN SUPPORT OF LEGISLATION PROHIBITING DISCRIMINATION IN EMPLOYMENT, HOUSING, AND PUBLIC SERVICES ON THE BASIS OF SEXUAL ORIENTATION OR GENDER IDENTITY OR EXPRESSION

RESOLVED, that the Lower Susquehanna Synod, meeting in assembly, call upon the Pennsylvania Legislature to pass legislation that would prohibit discrimination in employment, housing, and public services on the basis of actual or perceived sexual orientation or gender identity or expression; and further be it

RESOLVED, that the Lower Susquehanna Synod, meeting in assembly, urge the synodical bishop and other church leaders and individuals to speak publicly in support of legislation that would prohibit discrimination in employment, housing, and public services on the basis of actual or perceived sexual orientation or gender identity or expression, and to communicate the will of this synod in assembly; and further be it

RESOLVED, that the Lower Susquehanna Synod, meeting in assembly, urge the synodical bishop and other church leaders and individuals, in partnership with the Lutheran Advocacy Ministry in Pennsylvania (LAMPa), to make this assembly’s position known to the governor and state legislators.

THEREFORE, BE IT RESOLVED, that the Upper Susquehanna Synod of the ELCA memorialize the 2016 Churchwide Assembly to call on the ELCA and its related institutions and entities, such as the ELCA Endowment Fund Pooled Trust – Fund A (hereinafter “Fund A”), the Mission Investment Fund, Portico Funds, colleges, seminaries, Social Ministry organizations, camps, synods, congregations and individual members to take leadership and make a public commitment to transition away from investments in fossil fuels to investments in clean, renewable energy sources as expeditiously as it is financially feasible to do so; and

BE IT FURTHER RESOLVED, that by December 31, 2016, the ELCA follow its published procedure titled Social Criteria Investment Screen Policies and Procedures Development to develop a social criteria investment screen designed to result in divestment of all fossil fuels investments held in Fund A, which includes prayerful consideration of the following recommended components:

a) Publication of a list of the values of all fossil fuel investments currently held in Fund A; and

b) Cessation of any new investments in fossil fuel companies with respect to Fund A; and

c) Ensuring that all securities of fossil fuel companies that are either direct holdings or holdings in commingled funds are removed from the portfolio of Fund A within five years; and

d) Publication of quarterly updates, available to the public, detailing progress towards divestment of Fund A as set forth herein; and

BE IT FURTHER RESOLVED that the Upper Susquehanna Synod memorialize the 2016 Churchwide Assembly of the ELCA, as part of the development of the new social criteria investment screen identified above, to direct the ELCA’s corporate social responsibility review team to consider and recommend to the executive director of the ELCA’s Congregational and Synodical Mission unit, for further review pursuant to the ELCA’s published procedure titled Social Criteria Investment Screen Policies and Procedures Development, the addition of a fossil-free investment fund that excludes the 200 largest fossil fuel companies as an option for ELCA retirement plan participants; and

BE IT FURTHER RESOLVED that this synod memorializes the 2016 Churchwide Assembly to urge members of the ELCA and its related institutions to exemplify personal and institutional responsibility by practicing energy conservation, purchasing more energy efficient appliances and vehicles, investing in renewable energy systems, and advocating at all levels of government for public policies that support clean, renewable energy sources.

RESOLVED, that this Upper Susquehanna Synod will find ways to enact the 2013 Churchwide Assembly action to “support and encourage synods, congregations, members, the churchwide organization, and agencies and institutions of this church to adopt and advocate for policies that reduce energy use, and with it our dependence on fossil fuels, as an expression of this church’s commitment to address climate change and to care for God’s creation” and “to re-examine lifestyles and environmental footprints as they relate to the climate crisis and to improve their stewardship of energy resources and promote care for God’s creation;” and be it further

RESOLVED, that this Upper Susquehanna Synod commit itself to participate with the ELCA in becoming even more faithfully a denomination that embraces and practices creation care throughout its life and mission.

RESOLVED, that this Upper Susquehanna Synod, recognizing the need for ongoing reformation of the ELCA, memorialize the 2016 Churchwide Assembly of the ELCA to make climate change and ecological justice major themes in ELCA planning and activities leading up to and following the observance of the 500th anniversary of the Reformation.