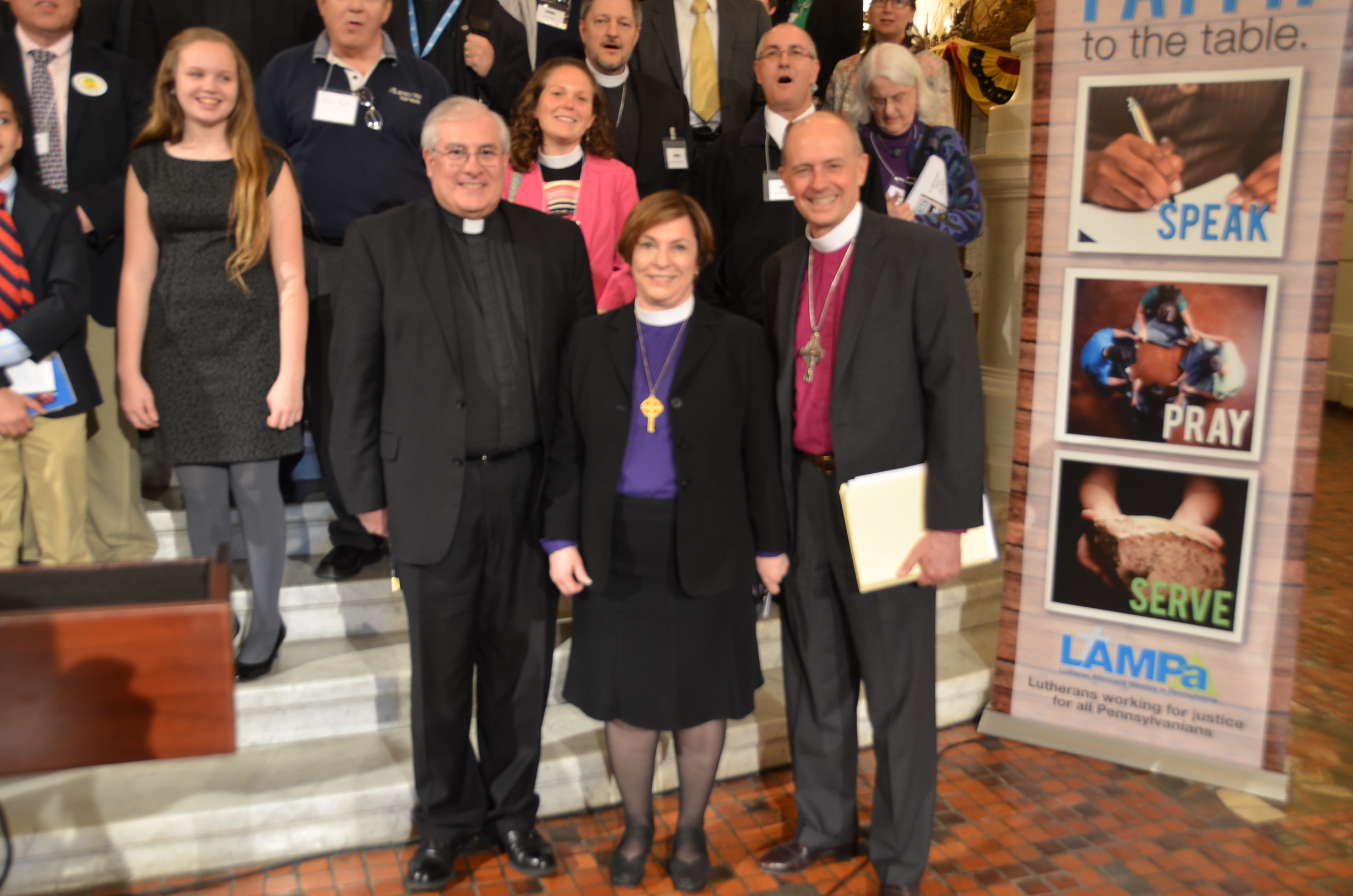 Harrisburg, PA — The seven Pennsylvania bishops of the Evangelical Lutheran Church in America released a letter June 18 in support of legislation that would amend the Pennsylvania Public Relations Act to prohibit discrimination in areas of employment, housing and public accommodation on the basis of actual or perceived sexual orientation and gender identity or expression.

“At this moment there is an opportunity for us to add our voices in support of a piece of legislation that could provide continuing legal protection for one particularly vulnerable group of our people,” the bishops state in the letter “In Support of Fairness for All Pennsylvanians.”

The letter anticipates introduction of legislation to update the 1955 Human Relations Act to include “sexual orientation” and “gender identity or expression” to the list of groups of people who are provided legal protection from discrimination.  Several ELCA synods in Pennsylvania, meeting in assembly, took action to add increased capacity to the voices of those who support this legislation.

The letter points to the imagery of the “peaceable kingdom,” described in Isaiah 11:6, in which “the wolf shall live with the lamb, the leopard shall lie down with the kid, the calf and the lion and the fatling together, and a little child shall lead them.”

The words anticipate a renewal of all creation in which the identity of each creature remains but none experiences any harm from the others.

“It is the fulfillment of this vision for which people of faith yearn, and toward which they call their neighbors,” the bishops say in the letter. “The work of public advocacy, at its best, replaces the timid silence of resignation to what is, with a bold voice giving expression to what could be.”

Conceding that not all of the thousands of members of ELCA congregations in Pennsylvania agree on how the church should regard sexual minorities, the faith leaders state that the differences in conviction to not keep the church body from yearning for that peaceable kingdom.

“Members of our congregations who have experienced discrimination on the basis of actual or perceived sexual orientation or gender identity have told their stories of being particularly vulnerable to harm in public settings.  They are not alone, of course.  Many of our people have experienced bullying because of physical attributes that make them targets.  Many have suffered indignity and humiliation because their way of living stands out as different.  Many know the spiritual pain of rejection and scorn because of their religious convictions.  There seems to be no lack of occasion for people of faith to speak a bold word of comfort and protective welcome to those who suffer harm.”