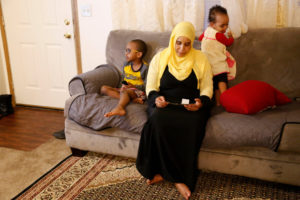 The U.S. Department of Homeland Security has drafted changes to the “public charge” rules that will be harmful to many immigrant families and communities. A community orientation event to learn more about these changes and what actions we can take in opposition of the proposed rules is scheduled for Thursday, August 30 from 10 a.m. to noon at the International Service Center, 21 South River Street, Harrisburg. Guest Speaker is Maripat Pileggi, Community Legal Services of Philadelphia. Sign up here.

The “public charge” test has been part of federal immigration law for decades. It is designed to identify people who may depend on government benefits as their main source of support. If the government determines someone is likely to become a “public charge,” the government can deny admission to the U.S. or refuse an application for lawful permanent residency (green card). The White House is currently reviewing a proposal that would change longstanding “public charge” policy potentially forcing immigrant families to make an impossible choice between meeting basic needs and keeping their families together in this country.

If finalized, the proposal by the Trump Administration would take us closer to a country whose doors are closed to countless families seeking a better life and open only to the highest bidder. This proposal would also jeopardize the health and wellbeing of millions of children as many taxpaying immigrant parents have U.S. citizen children who are eligible for programs like health care and food assistance. The proposal would discourage families from accessing programs that support these essential needs.