Postponed – Rally Against Hate In the Capitol Rotunda 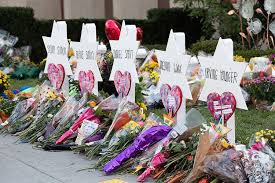 The March 18 Rally Against Hate in the Capitol has been Postponed due to public health concerns. We will publish the revised date as it becomes available.

LAMPa recently joined more than a dozen Pennsylvania non-profit organizations and a bi-partisan group of PA legislators in forming the PA Coalition Against Hate.  The Coalition is sponsoring a day of action on Wednesday, March 18, 2020. The day includes a Rally Against Hate in the Capitol Rotunda at 11 a.m. that includes a news conference. Everyone is invited to participate.

The new normal is anything but normal. Increasingly, people in vulnerable groups are being attacked and harassed for who they are, how they practice their faith and who they love. Hate crimes take aim not just at the individual victims, but they strike at the sense of security of whole communities.

Hate crimes are at the highest point in decades, up nearly 20 percent from last year. The statistics  reflect only the crimes that have been reported as such, but experts agree that most hate crimes are not properly classified, due to outdated laws and rules.

Pennsylvania’s origins are in tolerance and religious diversity. The Commonwealth is where William Penn offered a haven for everyone to worship freely.

Hate grows in isolation and thrives on ignorance. The package of bills goes beyond punishments for perpetrators of hate crimes to address the roots of their actions. In addition to criminal and civil penalties, people convicted of hate crimes would learn through education and exposure to those groups they targeted.

Join us on March 18 and share this invitation with others. Additional information will be shared as it becomes available.