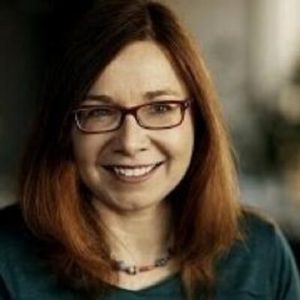 Dr. Katherine Hayhoe, a nationally renowned climate scientist and Christian activist will present a conversation on the topic of “It’s Time to Act on Climate Change” on  Friday, November 16 at 1 p.m. at the University Baptist & Brethren Church, State College, Pennsylvania. The program, free and open to the public, is sponsored by the State College chapter of Citizens’ Climate Lobby and Pennsylvania Interfaith Power & Light.

Dr. Hayhoe is an atmospheric scientist and professor of political science at Texas Tech University, where she is the director of the Climate Science Center. Time Magazine has named her one of the top 100 most influential people in the world.  In 2016, she was named the Politico 50 List of “thinkers, doers and visionaries transforming American politics.”

Last year, Fortune Magazine named her one of the world’s greatest leaders.  She’s also been named one of Christianity Today’s “50 Women to Watch.”

Based in Texas, Hayhoe works together with her local PBS station, KTTZ, to write and produce a PBS Digital Studios short series, Global Weirding: Climate, Politics and Religion. Season Three kicked off in October 2018. You can subscribe to her YouTube channel to get each episode in your inbox as soon as it’s released. She also participated in a new documentary on climate change in Alaska, Between Earth and Sky, that was released in 2017, and contributed to Seasons 1 and 2 of the Years of Living Dangerously, which aired on the National Geographic channel in 2016.

Dr. Hayhoe will be in State College to participate in a “Colloquium on the Environment” conducted at and by Penn State University. That will take place on November 15. While in State College, she asked additionally to meet with the local chapter of Citizens’ Climate Lobby—for which she serves as scientific advisor—and, if possible, to speak with members of the area faith community. That led to the planning for the event at University Baptist & Brethren Church.