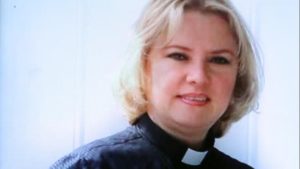 Betty Rendón, a synodically authorized minister in the Greater Milwaukee Synod, and members of her family were detained by immigration officials May 8. On May 28,Rendón and her husband, Carlos Hincapie, were deported to Colombia, from which they fled civil war in 2004. Her daughter (a DACA recipient) and granddaughter (born in the U.S.) were released shortly after detention but were not allowed to visit the couple to say farewell.

Guerrilla rebels had threatened to kill Rendón because she would not allow them to recruit students at a school where she served as principal. The family fled to the United States with tourist visas and applied for asylum. Their applications were denied in 2009. The family chose to stay in the US rather than return and face violence.

Rendón was scheduled to begin her doctoral studies next month at the Lutheran School of Theology in Chicago.

A community of Lutheran pastors and Christian activists from the Lutheran School of Theology at Chicago has organized a Go Fund Me campaign to raise funds to help Pastor Rendón and her family through these difficult first weeks. Learn more .

Please pray for Betty, Carlos, and all who flee violence and persecution for a better life here. Click here for a link to this story: Lutheran student pastor, husband deported to Colombia weeks after ICE raid at their Chicago home (Chicago Tribune).