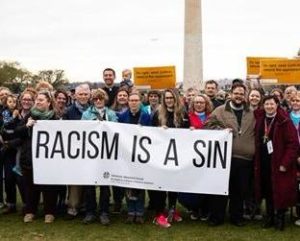 LAMPa will work to secure funding and oversight for an accurate census to ensure that all communities are accurately represented, and especially to avoid undercounting already underserved minority communities, which would further limit their access to services and representation.  To improve transparency and trust in policing, LAMPa will work toward legislation requiring demographic data collection in pedestrian and traffic stops and transparency in reporting the use of deadly force by police.

It is currently legal to discriminate against persons in employment, housing and public accommodation on the basis of sexual orientation or gender identity or expression.  LAMPa will support legislation that ends that discrimination.

Sexual Orientation and Gender Identity Resources from Reconciling Works. Since 1974, ReconcilingWorks: Lutherans for Full Participation has advocated for the full welcome, inclusion, and equity of lesbian, gay, bisexual, transgender, and queer (LGBTQ) Lutherans in all aspects of the life of their Church, congregations, and community.

Safeguarding the Right to Vote

Gerrymandering and outdated voting systems that are vulnerable to alteration not only threaten the right of each individual to have his, her or their vote counted equally, but contribute to an inability to effectively govern by reducing public confidence in the legitimacy of elections.  In order that government may effectively serve the public good, LAMPa will support measures that safeguard suffrage.

Lifting the Ban on Religious Garb in Public Schools

Pennsylvania is the only state remaining that still has a ban on religious garb worn in public schools.  LAMPa will work with interfaith partners to lift this ban.