When marriage equality became the law of Pennsylvania, I was wedged into a tiny ballpark seat in a Minor League baseball stadium in York county.  All the rural and small town politicos, organizers, and activists were gathered at a local rally to breathlessly await the results of that year’s primaries.  I was accompanied by a dear friend because both of us had partners with absolutely no interest in politics.  My partner was more distracted by her health issues, ones I could do little to help with because she wasn’t eligible for my fabulous government employee insurance despite our years of co-habitation and commitment.  My friend’s partner had neither time not patience for advocacy because he worked three jobs, struggling to make up for high taxation and interest rates the couple paid as “two single men” rather than a married couple.

Even then I wasn’t naïve enough to believe I would now be able to walk the streets of our downtown gallery district holding my soon-to-be wife’s hand without hearing a slur shouted from a car window speeding past.  But I could easily allow her to access my bank account if I died in a car accident.  She could see me in the hospital during an “immediate family only” level crisis.  These are the kind of basic rights LGBTQ+ families have to worry about each night as they fall asleep, thankful for another day of employment and housing and health care…except those things were not guaranteed by the changes in marriage law.  Even after struggling through the patchwork disaster of attempting to let states negotiate marriage (“So if we are married in Maryland but not Pennsylvania and we file taxes nationally…how does that work again?”) LGBTQ+ people are still not listed as a protected class either in the commonwealth of Pennsylvania or on the national level.  We can be evicted from housing, fired from our jobs, or denied services for no other reason than our stated gender or sexual orientation.  More than a roadbump on the path to the American Dream of freedom and justice for all. 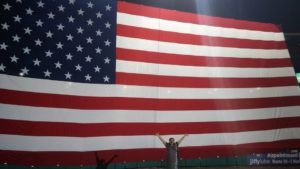 Many of my wonderfully well-intentioned friends ask “Why would you want a business to serve you if they don’t like lesbians?  I mean, who wants a cake from them anyway? Just go somewhere else!”  How I wish the Equality Act was about who will sell me a wedding cake.  As Lutherans, we know that carrying our faith into the world is a core aspect of spirituality.  Lutherans alone own and operate senior living facilities, child-care centers, colleges, social service and mental health agencies.  So do lots of other denominations that aren’t as receptive to LGBTQ+ people as the ELCA.  These are not optional services for too many people still driving to Philadelphia or Baltimore just to find a doctor who will treat them.

I fought tedious and dehumanizing battles with supervisors to change my name and to get a new driver’s license after my marriage because of government clerks with personal objections to my wedding.  Not one, but two, job positions were eliminated with frankly admitted “we don’t do that here” shortly after I co-founded York County Pride with my companion and friend from ‘Victory Night on the Ballfield’.  What no other group of people in this country can be legally subjected to without repercussion is, to this day, still free and fair game when it comes to LGBTQ+ Americans.

5.6% of Americans identify as LGBTQ+ according to a February 2021 Gallup poll.  Certainly a minority that relies on ally support to have a voice loud enough to ensure basic, lifesaving protections. That number has nearly doubled though since 2012 with approximately 1 in 6 of young adults or “Gen Z” identifying as LGBTQ+.  We won’t know how many of us are still in hiding until we can make it safe enough for people to be their authentic selves.  We cannot claim to love our neighbor when standing by as we see them suffering unchecked injustice that can lead to very real hurt and harm.  I am that neighbor.  My friends are that neighbor.  So many of my students, parishioners, and fellow clergy are those neighbors.  We need the Equality Act.  Comprehensive, national protection of basic human rights that allow us to participate fully in society.  Please walk with us in love and partnership, as our social statements and theology and humanity call you to.  We need you.  The time is now.

The Rev. Carla Christopher Wilson (she/her) is a member of the LAMPa Statewide Policy Council, a Commissioner for the Pennsylvania Commission on LGBTQ Affairs, and the co-founder of York Pride. She currently serves as Assistant to the Bishop in Charge of Justice Ministries for Lower Susquehanna Synod, ELCA and as Associate Pastor of Faith Formation and Outreach for Lutheran Church of the Good Shepherd, Lancaster where she lives with her family.