The United States is one of the wealthiest countries in the world, and its economy is by far the largest. Yet, the U.S. has one of the highest rates of child poverty among developed countries, according to the Organization for Economic Co-operation and Development. According to the U.S. Census Bureau, in 2019 (the most recent year for data), 14.4% of children – about 10.5 million children – in the U.S. were living in poverty. This is tremendous progress from 2010, when 22% of U.S. children were living in poverty. 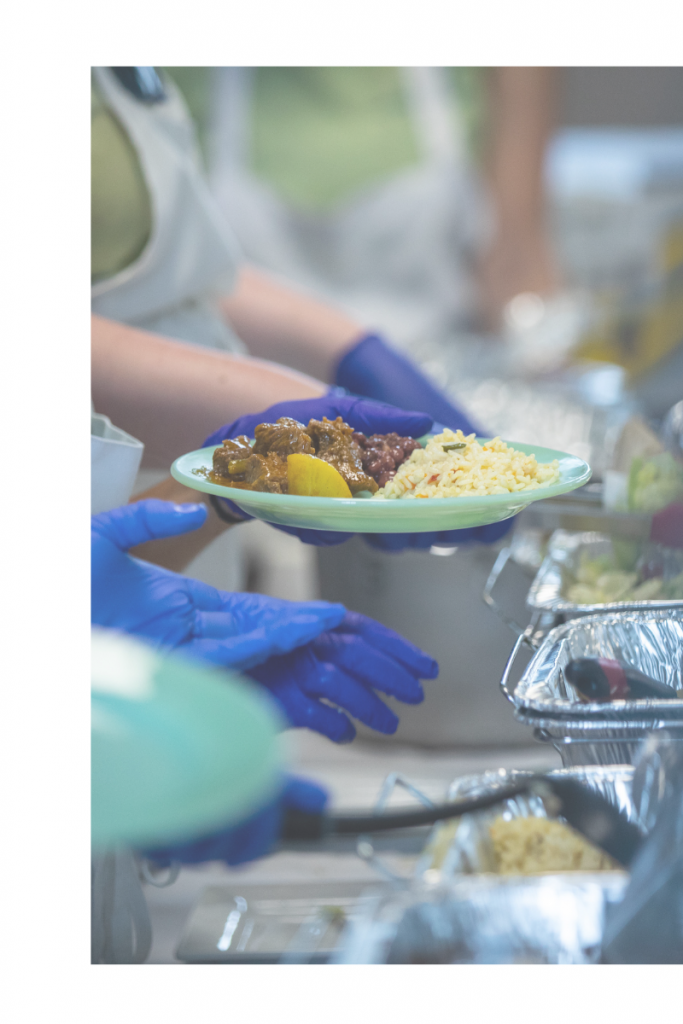 God richly provides for our daily bread — the earth can produce enough to feed everyone. Yet many still go hungry. As members of the Evangelical Lutheran Church in America and through our gifts to ELCA World Hunger, we commit to pursuing a world of justice where all are fed. There is much to be done, and new federal proposals about refundable tax credits may be a sweeping policy change that could do more to lower childhood poverty than any other policy measure available.

A refundable credit is a tax credit that is refunded to the taxpayer no matter the amount of a taxpayer’s liability. Current examples with refundable tax credit features are the American opportunity tax credit, Earned Income Tax Credit (EITC) and Child Tax Credit (CTC).

While public safety net programs such as the Supplemental Nutrition Assistance Program (SNAP) or Temporary Assistance for Needy Families (TANF) often get more attention, refundable tax credits actually have a larger positive impact on poverty. In fact, the U.S. Census Bureau estimates that refundable tax credits lifted more than three times as many people out of poverty than SNAP and TANF combined.

There are a lot of reasons for this, especially the reality that SNAP and TANF have strict eligibility requirements and often provide benefits that aren’t sufficient to lift many people’s income above the poverty threshold. But even taking this into account, it’s difficult to overstate the positive impact that refundable tax credits, especially the EITC and the CTC, have had.

In 2019, refundable tax credits helped 7.5 million people avoid poverty in the U.S. Tax credits also reduced child poverty by nearly 5.5%. This means 4 million children in the U.S. were prevented from falling into poverty because of these provisions alone.

The tax credits also impact some of the root causes of long-term risk of poverty. Tax credits like the EITC and the CTC have been linked to a lowered risk of low birthweight for babies, a greater likelihood of a pregnancy going full-term and an increased likelihood of breastfeeding.1 **Low birth weight is a significant predictor of infant mortality and increases the risk of negative health and economic outcomes even into adulthood.2 Other research has found that increases in tax credits can raise student test scores, increase the probability of attending college, raise future earnings, and improve the quality of students’ future neighborhoods.

In short, it is difficult to exaggerate the positive impact refundable tax credits can have on children, families and communities now and well into the future.

How Do Refundable Tax Credits Work? 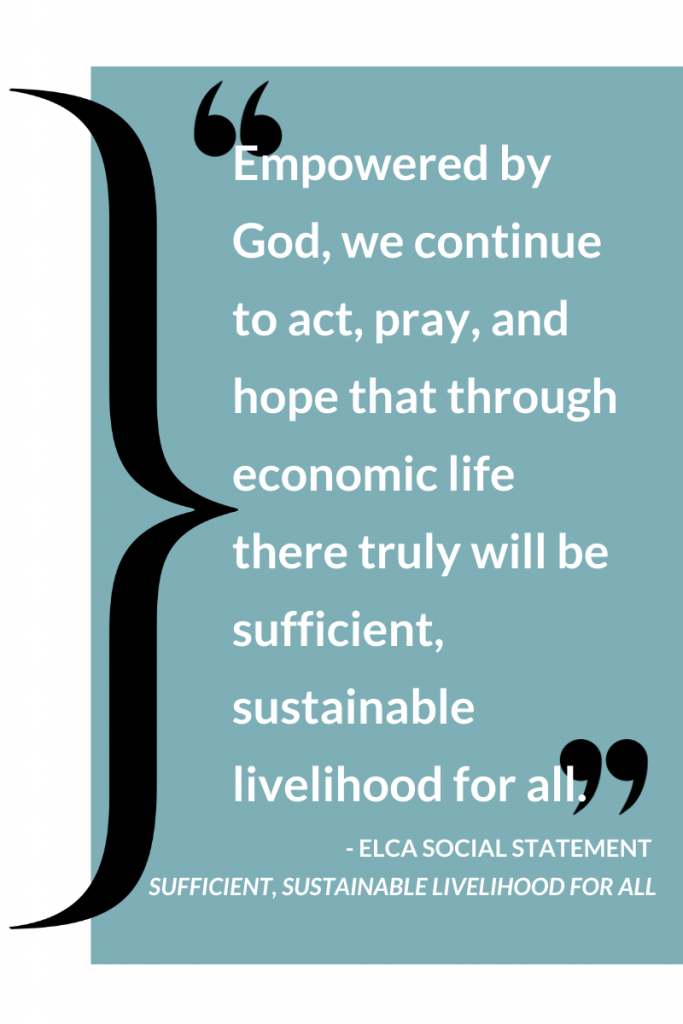 Refundable tax credits allow workers to deduct a certain amount from their annual income tax and then receive a portion of that amount back if the credit is greater than the tax that they owe. In essence, a worker can claim a credit on their taxes and then receive a refund on a portion of that credit. Thus, they have two functions: rewarding work and reducing poverty, especially child poverty.

The Earned Income Tax Credit (EITC) and the Child Tax Credit (CTC) were first adopted in 1975 and 1997, respectively.

The EITC is available to workers with low to moderate incomes. The amount varies depending on income, marital status and number of children. It grows as a worker makes more money, until it phases out as a tax filer reaches a certain income threshold. For single filers with no children, for example, the maximum income is quite low: $15,820 for the 2020 tax year. Married couples who file jointly and have three children become ineligible when their household income reaches $56,844 (again for tax year 2020). The maximum credit a household can claim varies, too, from $538 (no children) to $6,600 (three or more children). If the credit is greater than what a taxpayer owes in taxes, the IRS refunds the balance to them.

The CTC works similarly, though there are some important differences. The maximum credit a household can receive is $2,000 per child under age 17. If a tax filer has qualifying dependents who are not their children, the maximum credit is $500. To be eligible for the CTC, a tax filer must have at least $2,500 in income. The credit begins to phase out once a single filer reaches $200,000 in income ($400,000 for married couples filing jointly). Like the EITC, if the amount of the credit is greater than the amount a filer owes in taxes, a portion of the credit will be refunded, which again, increases the worker’s overall income.

Problems with the EITC and CTC

Despite the impressive impact these credits can have on poverty, there are some challenges with them. With the EITC, the credit and the income limit are both very low for single filers without children. According to the CBPP, about 5.8 million childless adults between 18 and 65 years old are pushed into poverty by the amount they owe in taxes, in part because they are either ineligible for the EITC or because the credit is so meager ($538 in 2020).

The CTC, on the other hand, sometimes falls short of helping families with very low incomes. Workers who earn minimum wage, for example, qualify only for a relatively small portion of the full credit. And if they lose their jobs or wages, as many did due to the COVID-19 pandemic, they can also lose both the EITC and the CTC – right when they may need them the most. Another issue with the CTC is that qualifying dependents must have a social security number, which can leave some noncitizen families ineligible. 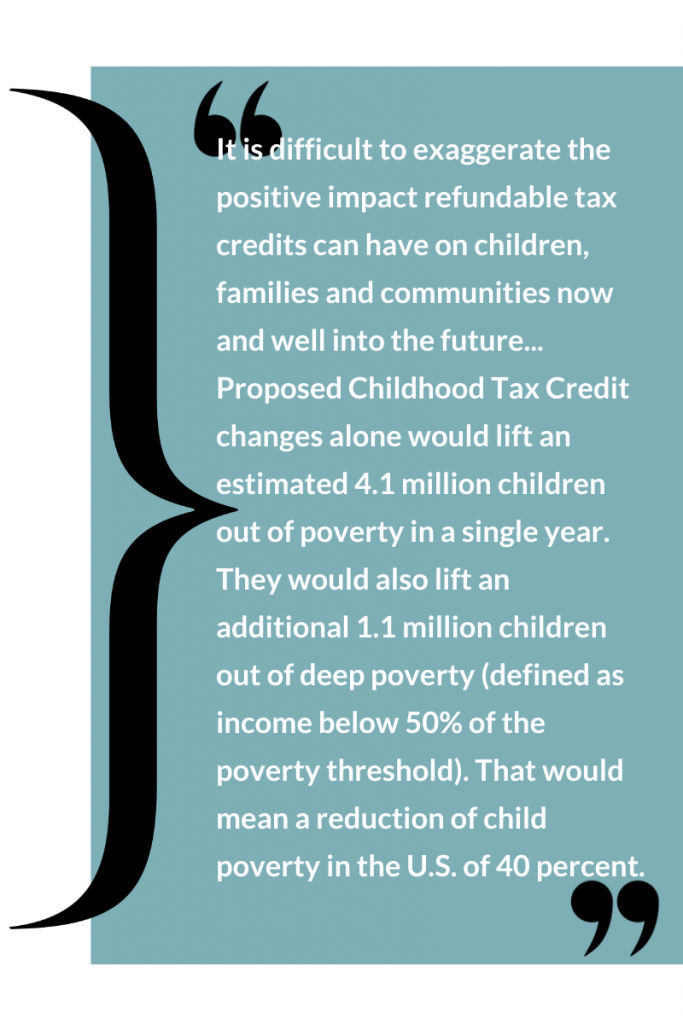 The U.S. House Ways and Means Committee is currently considering legislation that would expand and improve the EITC and the CTC.

This EITC change would help raise incomes of the lowest-income earners by about three percent. This would benefit about 17.4 million working, childless adults in the U.S., according to the CBPP.

Sen. Mitt Romney has also proposed expanding the CTC, though his proposal suggests making up for the lost tax revenue by eliminating TANF and the Child and Dependent Care Tax credit. In this proposal, the current CTC would be replaced by a flat tax credit of $250 per month for each child between 6 and 17 years old, and $350 per month for children younger than six, including for four months prior to the child’s birth. An analysis by the Niskanen Center estimates that Sen. Romney’s proposal would reduce child poverty by a third and cut deep poverty for children in half.

Where to Go Next

While focus is often on public assistance programs, a wealth of research shows the important role tax credits such as the EITC and the CTC can play in reducing poverty now and in the future. Analyses of the proposals put forward to expand these credits suggest that cutting child poverty in half is entirely possible – with political will and careful legislation.

“Empowered by God, we continue to act, pray, and hope that through economic life there truly will be sufficient, sustainable livelihood for all” (ELCA social statement Sufficient, Sustainable Livelihood for All). In faithful hope, we trust that a just world where all are fed is not just possible but promised. With advocacy3 for justice, that vision can become one step closer to reality.