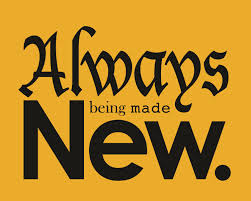 SOUTHWESTERN PENNSYLVANIA SYNOD
The Pennsylvania Dream Act – This memorial commends Senator Lloyd Smucker (R-Lancaster) for being sponsor of Senate Bill 713, the Pennsylvania Dream Act, which would grant in-state tuition to qualified, undocumented student and state system colleges and universities. It request the Bishop along with LAMPa to convey support for the Act to members of the State Senate and encourages the involvement of congregations and leaders.

Employment Non-Discrimination – This memorial calls upon the Pennsylvania legislature to pass legislation that prohibits employment discrimination on the basis of sexual orientation or gender identity. It urges the Bishop and synod leaders to speak publicly on behalf of such legislation and calls for LAMPa to make this position known to members of the legislature and administration. Read Bishop Kusserow’s letter.

Climate Change – The Assembly featured a workshop on climate change and hunger. The assembly adopted a resolution saying, “Therefore, be it resolved, that the NWPA Synod of the ELCA create a task force to investigate the possibility of a renewable energy purchasing pool through an organization such as the Interfaith Power and Light Community Power Program, which could supply electricity to our congregations as competitive rates without the burning of fossil fuels.”

UPPER SUSQUEHANNA SYNOD
Hydraulic Fracturing Loopholes – The Upper Susquehanna Synod Assembly of the Evangelical Lutheran Church in America (ELCA) voted on June 20, 2014, to call for all environmental and public health exemptions on shale gas and oil drilling and its related processes to be repealed and all processes related to shale gas and oil extraction and processing to be subject to the Safe Drinking Water Act (1974), the Clean Air Act (1990) and Clean Water Act (1972). The task force was created as a result of action taken at the Synod’s 2012 assembly directing the group to undertake a comprehensive assessment of the justice issues surrounding the natural gas industry. The resolution came as a result of two years’ worth of research, field work, and discussion by a diverse group of individuals, appointed by The Rev. Bishop Robert L. Driesen, representing opposing viewpoints on the issue of hydro-fracking. The task force also provided a report that offered guidelines for approaching shale gas and oil drilling based on biblical and Lutheran theological values, as well as materials and resources to help people understand and interpret the abundance of information about the shale gas and oil industry, pro and con, that continues to grow and change almost daily.

The task force developed for several resources, including the resolution, discussion guides, a Bible study and the final report of the task force. See them here.
– See more at: http://www.lutheranadvocacypa.org/2014/07/03/2014-synod-assembly-actions/#sthash.eYKUJZDN.dpuf